US regulator tries to hide embarrassment behind series of sudden announcements 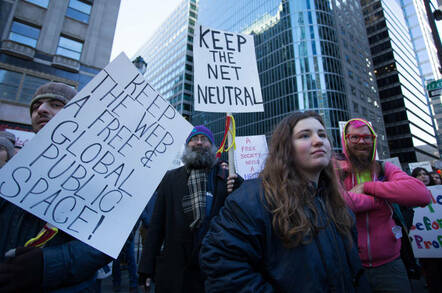 Comment The Federal Communications Commission (FCC) is asking the American public to tell it if its decision in 2017 to scrap net neutrality regulations was dumb or not.

In a striking piece of irony – and one that the FCC is distinctly unhappy about – the watchdog is legally obliged to seek public comment on three issues: how its decision has threatened public safety, damaged broadband infrastructure rollout, and prevented poor people from getting access to fast internet access.

That obligation is the result of a legal challenge to the FCC's decision to tear up net neutrality rules covering internet access in America. That attempt last year failed in court, largely because federal regulators are given significant leeway to decide their own rules, even when it comprises overturning their own rules made just two years earlier, in 2015.

However, the court noted some serious concerns about the FCC scrapping its own rules, and so told the regulator it needs to gather public feedback on those issues and to consider what it needs to do to alleviate concerns. Normally this wouldn’t be a problem. It is simply a case of the judicial process carrying out its proper function: identifying issues, and seeking to get them rectified.

But the net neutrality issue has become so ideological and partisan – thanks largely to the behavior of the FCC commissioners who pushed through a pre-decided outcome and actively ignored public opposition to their plans – that being forced to ask the public where it screwed up is in itself embarrassing.

It is a virtual certainty that net neutrality advocates will gleefully take the opportunity to rail against the FCC, in just one more battle of words over the safeguards.

In a reminder of just how petty federal telecoms regulation has become, the FCC can’t even take this implicit rebuke professionally. And so it attempted to hide the reality of the situation by flooding its announcements website on Wednesday with suddenly important news and describing the public comment period in the most obscure terms possible.

That’s why, this week, we were treated to a string of PR spin and quotes about how the FCC is doing a great job by opening up spectrum. “What They're Saying About Chairman Pai's C-Band Plan,” reads one announcement that features nothing but quotes from people like Vice-President Mike Pence and “Former Chairman of the House Permanent Select Committee on Intelligence Mike Rogers.”

The next announcement covers the extremely important news that the FCC is closing an application to renew several radio stations.

What else does the FCC have for us? Well, the vital fact it has decided on the membership of the Advisory Committee on Diversity and Digital Empowerment. That also gets its own press release and official announcement.

Anything else? Yep. Here’s an entire release talking about how one FCC commissioner “applauds 5G workforce development grant.” We’re serious. Here we have Brendan Carr waxing lyrical about how he’s “thrilled that [Dept of Labor] has recognized the critical role of tower techs, linemen, and other 5G workers in building our country’s information infrastructure.”

And in today's actual news...

As for the only piece of real news this week – the public comment period on public safety sparked by the net neutrality decision – you could be forgiven for missing it altogether. While all the other headlines are extremely clear, this one is confusingly titled: “WCB Seeks Comment on Discrete Issues Arising from Mozilla Decision.” Not even a mention of net neutrality.

The explanatory document is not much better. It is titled: “Wireline Competition Bureau Seeks to Refresh Record in Restoring Internet Freedom and Lifeline proceedings in light of the DC Circuit’s Mozilla decision.” (This is a reference to Firefox maker Mozilla's legal campaign against the FCC.)

It’s hard to imagine a more obtuse explanation. Anyway, dig hard enough and the details are all in there: is there a risk to public safety communications due to packet prioritization? Would harmful conduct have been prohibited under the rules that were in place but were scrapped? Are there other ways to deal with potential public safety concerns?

The FCC has clumped more convoluted versions of these questions together in long paragraphs, rather than break them out into clear and numbered questions as it frequently does when it is doing its job properly.

There are other questions about pole attachments – which sounds dull but is critically important as one case currently in front of the Ninth Circuit makes clear. And on the Lifeline program that subsidizes broadband to low-income families.

Rosenworcel to the rescue

Now we’d love to tell you, Reg readers that we spotted this important public comment period despite the FCC’s best efforts to hide it because we are so attuned to telecoms policy and the FCC that it immediately threw up red flags.

But the truth is that we only noticed thanks to FCC Commissioner Jessica Rosenworcel who remains the voice of sanity at the federal regulator. She saw what her colleagues were trying to do, and so put out her own release, which all commissioners are entitled to do.

That release was titled “Rosenworcel On FCC Seeking Public Comment On Net Neutrality Remand.” Which was pretty clear. In her release, Rosenworcel speaks plainly.

“The FCC got it wrong when it repealed net neutrality. The decision put the agency on the wrong side of history, the American public, and the law. And the courts agreed. That’s why they sent back to this agency key pieces regarding how the rollback of net neutrality protections impacted public safety, low income Americans, and broadband infrastructure,” she neatly summarizes.

She goes on: “Today, the FCC is seeking comment on how best to move forward. My advice? The American public should raise their voices and let Washington know how important an open internet is for every piece of our civic and commercial lives. The agency wrongfully gave broadband providers the power to block websites, throttle services, and censor online content. The fight for an open internet is not over. It’s time to make noise.”

To file a public comment, see the obfuscated info here [PDF] and submit your thoughts here, quoting proceedings 17-108 for net neutrality aka restoring internet freedom, by the end of March. ®