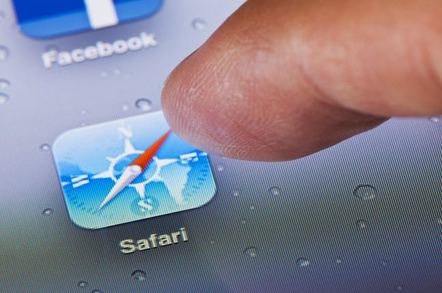 Safari will, later this year, no longer accept new HTTPS certificates that expire more than 13 months from their creation date.

That means websites using long-life SSL/TLS certs issued after the cut-off point will throw up privacy errors in Apple's browser.

The policy was unveiled by the iGiant at a Certification Authority Browser Forum (CA/Browser) meeting on Wednesday. Specifically, according to those present at the confab, from September 1, any new website cert valid for more than 398 days will not be trusted by the Safari browser and instead rejected. Older certs, issued prior to the deadline, are unaffected by this rule.

By implementing the policy in Safari, Apple will, by extension, enforce it on all iOS and macOS devices. This will put pressure on website admins and developers to make sure their certs meet Apple's requirements – or risk breaking pages on a billion-plus devices and computers.

Tim Callan, a senior fellow at PKI and SSL management firm Sectigo, who attended this week's meeting in Slovakia, told The Register: "This week Apple announced at the 49th CA/Browser Forum Face-to-Face that it will limit the term of accepted TLS certificates to 398 days as of September 1, 2020. Certificates issued on or after that date with term beyond 398 days will be distrusted in Apple products.

"Certificates issued prior to September 1 will have the same acceptable duration as certificates do today, which is 825 days. No action is required for these certificates."

Cutting certificate lifetimes has been mulled by Apple, Google, and other members of CA/Browser for months. The policy has its benefits and drawbacks.

The aim of the move is to improve website security by making sure devs use certs with the latest cryptographic standards, and to reduce the number of old, neglected certificates that could potentially be stolen and re-used for phishing and drive-by malware attacks. If boffins or miscreants are able to break the cryptography in a SSL/TLS standard, short-lived certificates will ensure people migrate to more secure certs within roughly a year.

Shortening the lifespan of certificates does come with some drawbacks. It has been noted that by increasing the frequency of certificate replacements, Apple and others are also making life a little more complicated for site owners and businesses that have to manage the certificates and compliance.

"Companies need to look to automation to assist with certificate deployment, renewal, and lifecycle management to reduce human overhead and the risk of error as the frequency of certificate replacement increase," Callan told us.

We note Let's Encrypt issues free HTTPS certificates that expire after 90 days, and provides tools to automate renewals, so those will be just fine – and they are used all over the web now. El Reg's cert is a year-long affair so we'll be OK.

GitHub.com uses a two-year certificate, which would fall foul of Apple's rules though it was issued before the cut-off deadline. However, it is due to be renewed by June, so there's plenty of opportunity to sort that out. Apple's website has a year-long HTTPS cert that needs renewing in October.

Microsoft is an interesting one: its dot-com's cert is a two-year affair, which expires in October. If Redmond renews it for another two years, it'll trip up over Safari's policy.

No public announcement has been made by Apple, it seems. Digicert's Dean Coclin has issued a memo about the policy:

"Why did Apple unilaterally decide to enforce a shorter certificate lifetime?" Coclin pondered.

"Their spokesperson said it was to 'protect users.' We know from prior CA/B Forum discussions that longer certificate lifetimes proved to be challenging in replacing certificates, in the case of a major security incident. Apple clearly wants to avoid an ecosystem that cannot quickly respond to major certificate-related threats.

"Short-lived certificates improve security because they reduce the window of exposure if a TLS certificate is compromised. They also help remediate normal operational churn within organizations by ensuring yearly updates to identity such as company names, addresses and active domains. As with any improvement, shortening of lifetimes should be balanced against the hardship required of certificate users to implement these changes."