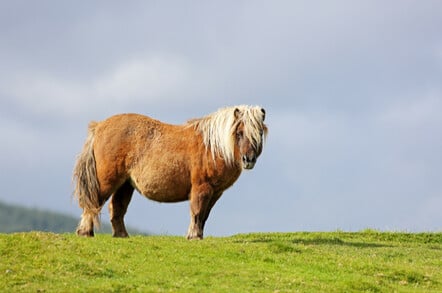 Private equity biz Leonne International has snapped up 20 per cent of Shetland Space Centre for a hair over £2m, with the cash set to grow the company ahead of launches from the northernmost British isle.

The Shetland Space Centre (SSC) plans to build a satellite launch site and ground station at Baltasound Airfield on Unst (and a mere 50-minute walk from the gloriously named "Final Checkout Cafe").

SSC modestly described the yet-to-be-constructed facility as "the UK's only satellite launch site" – although we suspect Space Hub Sutherland and Spaceport Cornwall might have a thing or two to say about that.

Planning permission for the former was popped into the authorities at the beginning of the this month, and the first batch of satellite launches are expected perhaps as soon as 2022, eventually hitting 12 per year.

SSC is aiming for a "fully functioning satellite launch facility" to be in place by 2020, according to its website, although the details accompanying the £2,050,000 spaffed by Leonne pushes that to a more realistic "late 2021". The latter date is certainly achievable for a small-satellite launching facility; Rocket Lab has already demonstrated that a launchpad with all the requisite plumbing can be flung up in less than a year.

Citing the 2017 Sceptre Report (PDF) (courtesy of the Highlands and Islands Enterprise agency), SSC painted Shetland as "the optimal location in the UK for launching small satellites into space."

Er, kind of. The focus of the report was on one particular mode of operation: "Vertical launch of an imported (US) launch vehicle carrying payloads of up to 300kg." It also looked only at the north of Scotland "for reasons of flight safety" for Polar and Sun−Synchronous Orbits (SSO).

While the report does indeed reckon the Shetland Islands "has the best orbital access", its remoteness makes it "logistically the most challenging". The Moine peninsula (Space Hub Sutherland once again) and Scolpaig also came out well, with the former mainland location having advantages in terms of logistics, but disadvantages due to populations downrange in the Faroes and Iceland.

So, if maximum payload mass to orbit is your thing, then SSC is bang on the money. But those logistical challenges should not be discounted, and that £2m is dwarfed by the £17.3m (including £2.5m from the UK Space Agency) being lavished on the Sutherland Space Hub.

Still, the more the merrier as far as vertical launchpads in the UK are concerned. Lockheed Martin, Aecom and ArianeGroup have been sniffing around the project and SSC added it had been "working closely" with the likes of Edinburgh-based Skyrora.

Frank Strang, MBE, and CEO of Shetland Space Centre made the obvious noises about bringing jobs to the area and cash to the economy before tipping a hat to Mike Hasten on the Leonne International team, saying the gang would "lead the way into this next frontier and help us conquer the new space economy for Britain."

Assuming Scotland is still part of a single UK economy in the entity known as "Britain" once the rockets finally start flying. ®

Hacker to be sentenced next month

Suspected of links to shear hackery