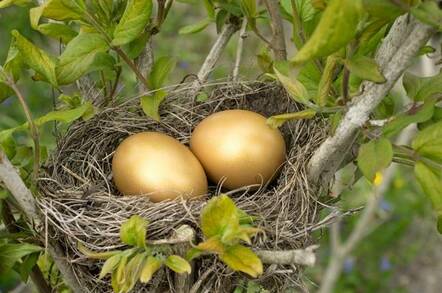 A plate of oysters, followed by genuine Japanese Wagyu sirloin? Washed down with a bottle or two of Screaming Eagle Cabernet '92? These are just some of the levers Xerox may pull to convince HP Inc shareholders to cash out when it wines and dines them this week.

It is not known which institutional HP investors have been invited to the restaurant in Greenwich, Connecticut, on 18 February where the reported charm offensive will occur, but El Reg suspects corporate raider Carl Icahn is among them.

Xerox CEO John Visentin, who was hauled on board in 2018 as part of the Ts&Cs to close off a previous litigation brought by Icahn against the copier giant, will be present, loquacious sources told Reuters.

The promise of top-notch grub comes after Xerox last week upped its initial bid of $22 per HP share to $24, taking the total offer to $36.5bn.

For its part, HP's board has decided to keep mum on its response until Q1 earnings are released on 24 February, though HP is expected to again tell Xerox that it is perfectly happy with CEO Enrique Lores' strategy.

The talks between the pair began in August, though they were made public in November. HP has rejected Xerox advances at every stage, saying the money on offer undervalued its business, raising questions about how Xerox would fund it and manage debt repayments, and calling out Xerox’s falling revenues.

The talks turned nasty, with Xerox bypassing HP's board to directly communicate with shareholders to convince them of the rationale for selling. In return for each piece of HP stock, those investors can expect $18.40 in cash and 0.149 Xerox shares, based on the recently upped offer.

Xerox has already got funding commitment from three big banks (Citigroup, Mizuho Financial Group and Bank of America - to loan it $24bn to pay for HP. And it has primed 11 directors to oust HP’s 12-person board in the summer elections to oversee the hostile takeover.

Lores, who only took the top job at HP in November – he joined HP more than two decades ago – wants to steer the business towards growth again after flat sales in fiscal '19 ended 31 October. He has put in place a restructure that takes costs out of the organisation, has initiated a new print strategy to overcome challenges in the print supplies sector and doesn't want a sale to Xerox to get in the way.

Visentin and Icahn, who owns more than 10 per cent of Xerox and almost 5 per cent of HP stock, reckon a combination of the two businesses will give HP shareholders an immediate cash return, create more than $2bn "synergy savings" and free up cash flow.

Whether a dolloping of fine food, expensive wines and – potentially – some trash talking to HP's board will help is a moot point. It can't hurt.

Answers in the comments below on what you'd serve up to convince HP shareholders to join the revolution. Millionaire's short cake or something a little stronger? ®