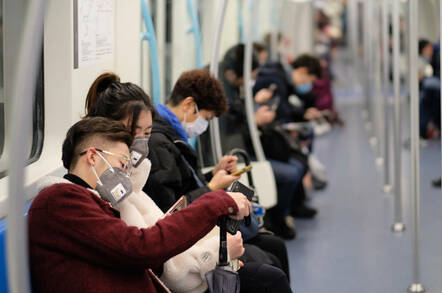 The coronavirus epidemic continues to disrupt China's manufacturing and logistics sectors, forcing smartphone manufacturers to adapt. Among them this is South Korean tech giant Samsung, which has begun shipping smartphone components to Vietnam by air and sea, where two-thirds of its handsets are now being assembled.

China and Vietnam share a land border that stretches nearly 800 miles, allowing freight to travel between the countries by road. The 2019 novel coronavirus – now formally known as COVID-19 – has massively restricted that as both nations try to limit the spread of the virus, which to date has killed 1,800 people.

Samsung is a major player in the Vietnamese economy: in 2017, its local subsidiary earned the equivalent of $58bn, giving it the largest revenue of any Vietnamese company, with state-owned petrochemical firm PetroVietnam taking second place. Attracted to the nation thanks to its lower labour costs, it employs more than 60,000 people, mostly around the Bac Ninh and Thai Nguyen provinces.

Nonetheless, Samsung's Vietnamese factories are heavily dependent on Chinese sources for components. And while it may have stockpiled resources in anticipation of the Chinese Lunar New Year, it's not likely the firm expected the dramatic measures taken by the Beijing government, which included an extension of the national holiday, as well as nationwide quarantine measures.

"The Vietnamese government is restricting the daily transport volume from China to Vietnam through land routes, but we're coping with it by increasing parts supplies from China via planes and shipping," a source close to the matter told the FT.

Apple CEO Tim Cook said last month some of its suppliers are located in the city of Wuhan, the epicentre of the outbreak, and it is developing mitigation plans to minimise potential disruption to supply.

The revenue guidance Apple issued for its current quarter is wide ranging to account for the uncertainty in production.

A recent TrendForce analysis on the impact of COVID-19 on the Chinese manufacturing sector paints a concerning picture, highlighting potential logistical problems, as well as staffing shortfalls on the most labour-intensive elements of the component manufacturing process. This will be most keenly felt in areas like semiconductors and display panels.

Some vendors had already started to take corrective measures to diversify manufacturing bases following the trade tariff spat between the US and Chinese governents, as highlighted by Canalys.

As the COVID-19 situation drags on, vendors will be forced to take more action to keep keep the supply chain moving, including chartering planes to send components across borders.

Samsung told the FT: "We are making our best effort to minimise the impact on our operations." The rate of manufacturing has yet to be dented, the company added.

The Register has contacted Samsung for further comment. If we hear back from them, we'll update this piece. ®