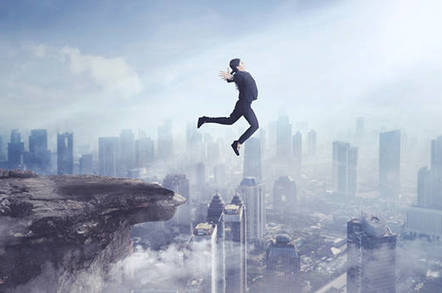 The open-source Azure Data Studio gained better sign-in options for Azure Data Services – handy because, well, the hint is in the name of the product (although Microsoft does seem to have a penchant for slapping the "Azure" branding on pretty much everything these days).

Faffing around with device codes was required in earlier versions for Azue connections, which wasn't particularly convenient. The latest take, while still not as simple as signing into an on-premises SQL instance, improves things by dropping the user into a browser to log into an Azure account. Closing the window then leaves Azure Data Studio hooked up.

It is an easier process, for sure, but still a little jarring.

From the department of "I thought it did that already" comes the ability to use a common pattern to find text and code within a notebook, making things a little more consistent with how finding within an editor works. The release also includes the version 1.42 updates from Visual Code.

Version 1.15 can be downloaded for Windows, macOS and Linux. Or just do what we did and let the thing update itself. While still not quite a replacement for the venerable SQL Server Management Studio (for SQL fans at least), the updating of the Azure integration certainly made our lives easier even if this hack is still struggling to shed the CTRL+E muscle memory for executing a highlighted query.

There is still some way to go before the integration is truly seamless, and it would be good to see more of the functionality of the Azure Portal seep into Azure Data Studio, but as an ad-hoc data botherer, it does its job well.

On Terminal approach to release

Thankfully, Microsoft's open-source terminal has yet to be battered with the branding stick and remains "Windows Terminal". 0.9 is the last version to have new features ahead of the promised v1 release (handily timed to be near to the company's Build gathering, where the project was unveiled last year).

The proximity to release can be felt in the types of new functions, with only some command line switches added and the auto-detection of PowerShell. "The PowerShell version we think looks best" will top the list, taking the coveted moniker of "PowerShell" in the drop-down of shells. Frankly, we'll be the judge of what is best, thank you.

Still, having the profiles created automatically does appeal to this hack's idle nature.

Finally, it is also now possible to save a few wrist movements by stopping Windows Terminal's paranoia about checking that it is OK to close all tabs and – rejoice! – popup dialogs now have rounded buttons.

The app has been developed impressively quickly (for Microsoft), particularly considering its state less than a year ago. While the gang are a little behind on the roadmap, a v1 release in April remains quite possible.

Sorry, 'What' Subsystem for Linux 2?

Microsoft has broken both its browser and terminal out of the core Windows product, freeing the teams from being tied to its operating system's hard-to-predict release schedule. Back at Microsoft Ignite last year a number of staffers made noises equivalent to "you might think that, but we couldn't possibly comment" when we suggested that perhaps the new, virtual machine-based Windows Subsystem for Linux (WSL) 2 might also be spun out of the OS.

Certainly, it has been a frustrating time for developers needing to run a Windows machine and develop for Linux as Windows 10 20H1 / 2004 continues to bumble around the Windows Insider Slow Ring, occasionally breaking WSL2.

Yesterday Craig Loewen, program manager for WSL, dropped a hint, while carefully promising nothing, that maybe the days of being shackled to the Windows 10 release cadence might not be a thing for much longer.

being a Windows component that is tied to Windows versions more of a possibility. We've certainly heard this feature request, and don't have anything to share as of right now but please stay tuned!

Any decoupling would have to wait until after the next version of Windows 10 ships. Just in time for the developer-friendly Build event. ®