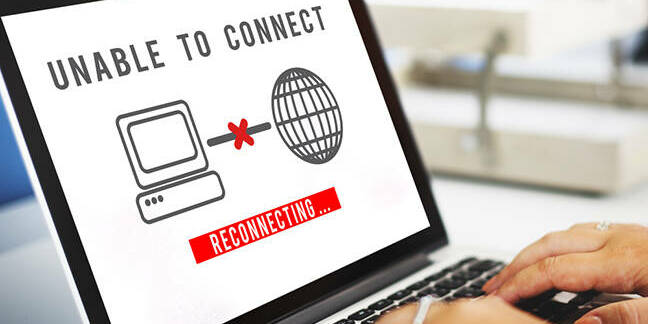 Updated Encrypted email service Tutanota on Thursday accused US mega-telco AT&T of blocking its service in some parts of America, and cited the service interruption, ongoing for more than two weeks, as evidence for the need for net neutrality.

"Starting on January 25th 2020, we have had constant complaints from AT&T mobile users who were unable to access their encrypted Tutanota mailbox," company co-founder Matthias Pfau, wrote in a blog post on Thursday. "While AT&T seemed willing to fix this when we reached out to them, the issue is still not solved and reports from users keep coming in."

Pfau said Tutanota, because it's based in Germany, has been unable to conduct its own network tests, but added that customers have confirmed being blocked on AT&T mobile connections in Chicago.

"No ISP should have the right to block or throttle access to any website," said Pfau. "We hope that AT&T will lift this regional block soon."

However, it may be premature to link the lingering application-specific outage to as-yet-unproven network favoritism.

AT&T insists it isn't blocking Tutanota, at least not deliberately, and claims it's trying to address the issue.

"We are aware that some of our customers have reported trouble accessing Tutanota email service," an AT&T spokesperson said in an email to The Register. "We are working with them to resolve this as quickly as possible."

AT&T's spokesperson declined to provide further details about the cause of the service problems.

Net neutrality refers to the notion that network traffic should be carried by network providers on a non-discriminatory basis. This was the basis for internet data traffic pretty much since its inception, but telcos increasingly disliked the practice.

In 2015, America's comms watchdog – the FCC – enacted formal rules enforcing net neutrality to settle the matter once and for all. Then the Republican Party won the next election, and the new FCC, led by chairman and ex-telco executive Ajit Pai, voted in December 2017 to repeal net neutrality rules. While that decision remains the subject of legal wrangling, there's ample evidence that network providers sometimes play favorites.

Computer science researchers from Northeastern University and University of Massachusetts Amherst published a study last year showing that almost all wireless carriers throttle selected video streaming services. AT&T, for example, was found to have limited bandwidth to Netflix and YouTube about 70 per cent of the time, but didn't do so for Amazon Prime Video.

And in 2018, Sprint was found to be throttling traffic to Microsoft Skype, which competes with its own VoIP service.

Even so, Tutanota's decision to ring the net neutrality alarm bell without presenting evidence of deliberate network meddling makes this more a matter of support escalation than of malice. As Pfau acknowledges in his post, "we are reaching out publicly in the hope of getting the attention of the right people at AT&T." ®

Good news – in a statement to The Register on Friday, an AT&T spokesperson said the glitch has been fixed: “We have resolved a communication problem between Tutanota’s internet provider and our network that affected some mobile customers’ ability to access the email site. There was never any blocking.”