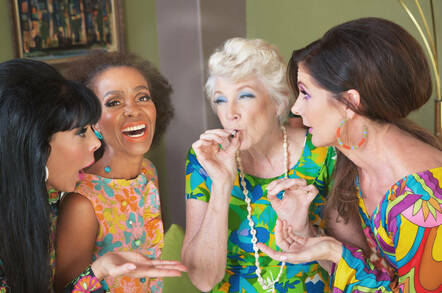 More than 60,000 cannabis convictions in Los Angeles County are set to be overturned, thanks to computer algorithms.

California passed the Adult Use of Marijuana Act (AUMA), also known as Prop 64, in 2016. As a result, folks over 21 years of age can legally grow and consume the devil's lettuce for recreational use in the US west coast state, and possess up to 28.5 grams at any one time, with caveats.

Crucially, in 2018, after ganja was decriminalized, a law was passed in California that allowed people's weed-related convictions to be scrubbed. Specifically, the legislation, AB 1793, required the state's Department of Justice to identify cases eligible for dismissal that the courts can automatically process. Prosecutors have until July this year to challenge any of the requests to erase a conviction.

As you can imagine, that's a lot of past convictions to crunch through: an estimated 220,000. And here’s where the computer algorithms come in. Code for America, a San-Francisco-based software-building non-profit, created and handed over tools – Clear My Record, and Implementation Blueprint – to manage all of this to all California counties at no cost.

Here's how it works. First, justice department lawyers feed people's prosecution files into the software. Algorithms analyse the records looking for specific information, such as the amount of cannabis possessed at the time of arrest, to decide if a conviction is eligible for expungement. Next, the software automatically fills out the forms to be filed to the courts to vanish the convictions. Thousands of convictions can be studied, and forms populated, in minutes.

Now, a Los Angeles Superior Court judge is expected to remove 62,000 felony cannabis convictions in the county – some dating as far back as 1961 – highlighted and filed by prosecutors using the software. Los Angeles County District Attorney Jackie Lacey also said she would request the dismissal of 4,000 misdemeanor cannabis possession cases.

That’s a total of 66,000 eligible cases in and around LA, and more may yet be forthcoming.

“The dismissal of tens of thousands of old cannabis-related convictions in Los Angeles County will bring much-needed relief to communities of color that disproportionately suffered the unjust consequences of our nation’s drug laws,” said Jackie Lacey.

“This is a clear demonstration that automatic record clearance is possible at scale and can help to right the wrongs of the failed war on drugs,” said Evonne Silva, the senior program director of criminal justice at Code for America.

Last month, Contra Costa County wiped 3,264 weed convictions with the help of Code of America’s tools. Other Californian counties, such as San Francisco, Sacramento, San Joaquin have also taken part a pilot of Clear My Record, and are expected to dismiss more than 80,000 convictions. ®

Cannabis can CURE CANCER - cheaply and without getting you high