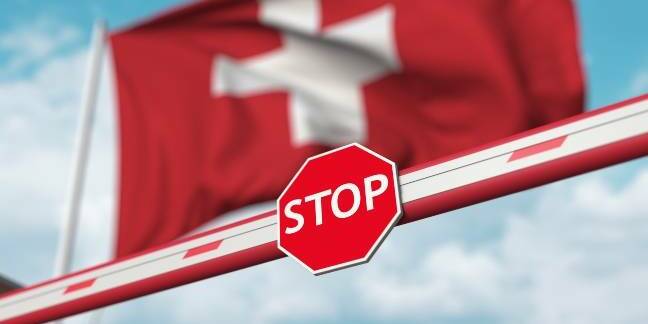 Switzerland has stalled the rollout of next-gen 5G mobile networks over health concerns.

A letter, sent at the end of January from the Swiss Federal Office for the Environment (Bafu) to local governments, explained that it was unable to provide a new 5G benchmark for measuring safe radiation exposure levels until it has carried out more testing; work that the agency said would “take some time.”

The upshot, according to local officials that have seen the letter and spoke to the Financial Times [paywall], is that they will have to use existing guidelines to license new 5G networks.

As this new technology can use much higher frequencies than 4G networks, most 5G towers can't be licensed under today's rules. And the result of that, at least according to the anonymous officials, is a complete halt on 5G rollout.

We have asked Bafu for a copy of the letter, confirmation that it will need to carry out lengthy tests to develop a new 5G exposure standards, and what it sees as implications of its decision and letter. We will update this story if it gets back.

Switzerland has a somewhat unusual stance on the issue of cellphone signals. The law on radiation levels is similar to most other European countries but it also has a set of exposure guidelines that are roughly 10 times stricter than those set by the World Health Organization to cover the use of radio in residential zones.

The fact that 5G networks do expose people to more intense, albeit safe and non-ionizing, radiation has fueled fears in health-conscious Switzerland. The country is also leading much of Europe in the rollout of 5G, which has sparked a number of recent protests across the country. Late last year, several thousand people demonstrated in a main square in the Swiss capital of Bern about the “forced radiation” they have to endure.

Electrosmog – good name for a band

The issue is so prominent that there is a popular Swiss term – electrosmog – for the issue. The country’s largest mobile operator Swisscom has an entire subsite dedicated to addressing 5G health concerns that is strikingly blunt and indicates just how successful the anti-5G lobby has been in spreading its message.

Amid explanations, videos, and assurance, Swisscom includes an FAQ with the following question: “Your lobby keeps repeating the same mantra that mobile electrosmog isn't dangerous. That's exactly how it was for asbestos.”

It responds to its own question: “This is not an accurate comparison. In the case of asbestos, it was scientifically proven that this material causes cancer and the biological mechanisms were also known. Appropriate action followed quickly thereafter. In the case of emissions from mobile masts and phones there is no such proof and thus no causal explanations of hazards.”

Adding to the sense that 5G may not be safe, the Swiss Medical Association has refused to give it a clean bill of health, noting that it is not clear yet what impact it may have on the body and even suggesting it might cause cancers. That position is frequently highlighted by protestors to argue for a stop to 5G rollout until more studies are carried out.

And the issue is also becoming politicized with a number of referendums over the use of 5G being proposed, two of which have already passed the first hurdle and now need 100,000 signatures to get onto the official ballot.

One would give a veto to people living close to a new proposed 5G tower on whether it can be built, along with strict limits on radiation levels; and the second would make mobile phone companies legally liable for any subsequent claims of damage caused by radiation.

In that environment, local officials are especially aware about the need to follow the rules, which is why Bafu’s letter that it will “examine exposure through adaptive antennas in depth, if possible in real-world operational conditions,” and may not report back for some time may well have the effect of putting an indefinite delay in the rollout of 5G network in Switzerland. ®

Launch comes ahead of UK rolling out its controversial version