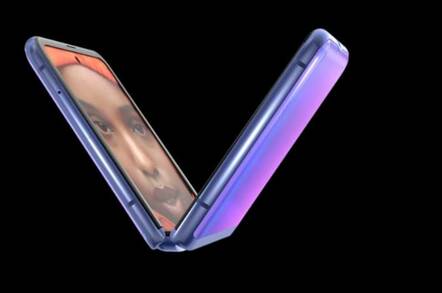 Samsung has unfolded its Galaxy Z Flip, its second stab at the nascent foldable phone market – which the vendor will be hoping goes better than the previous model that fell apart in the hands of multiple reviewers.

Perhaps the biggest difference between the two generations is the display, which is constructed out of flexible glass, rather than some flavour of polymer. This means the Z Flip ought to be significantly more durable than previous plastic-clad blowers, which hastily picked up scratches and dings with even the most gentle of usage.

Although the Galaxy Fold tried to bridge the gap between tablets – a fairly stagnant genre – and mobiles, the Z Flip is content to merely be a slightly more pocketable handheld. It has a 6.7-inch OLED display at a 21.9:9 aspect ratio. On the front, there's a secondary postage stamp-sized display, measuring 1.1 inch across, that is used to show notifications while the phone is closed. That's fairly reminiscent of the original Motorola Razr design from the 2000s. 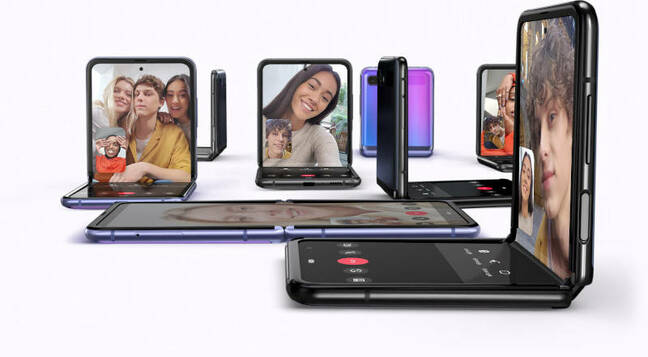 Take a good look at yourself...

Under the hood, there's a Snapdragon 855 platform (which is a little surprising – you would have rightly expected an Exynos chip there) paired with 8GB of RAM and 256GB of storage. Curiously, the latest Flip doesn't support 5G, which is surprising given 5G took pride of place during Samsung's S20 lineup reveal.

Powering the device is a 3,300mAh battery that's split into two different cells. It supports wireless charging, which is increasingly regarded as a standard feature on mid-to-high-end smartphones.

On the camera front, the phone packs a dual-lens setup. Both cameras are 12MP, one using an ultra-wide lens. There's also a hole-punch 10MP selfie camera.

As previously suggested, the Samsung Galaxy Z Flip will cost less than its inaugural predecessor, retailing at $1,380, or £1,300 in the UK. That's quite a bit cheaper than the Samsung Galaxy Fold – which retailed just shy of $2,000 – but will still remain out of reach for some phone buyers.

As expected, Samsung plans to launch the phone on 14 February – Valentine's day, hint hint – in the US and Korea, with a UK release date not far behind. ®