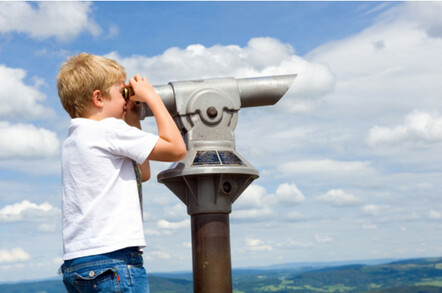 There is a disturbance in the bit barn market – Vantage Data Centers has swallowed rival Etix Everywhere as part of a $2bn expansion in Europe.

Vantage, which sells rack space from its 12 existing data centres to more than 200 customers, said in a statement it had pocketed more than $800m in new equity capital from current investors and new kid Digital Colony Partners.

Etix, which was founded in Luxembourg in 2012, has more than 50MW of data centre capacity built in 12 locations across Europe, Africa and Latin America.

Primarily focused on Edge projects in Europe and emerging markets such as Morocco and Ghana, Etix's first large project, a 6,000-cabinet data centre in Paris, was acquired by Equinix for $211m in 2016. It is currently building new centres in Djibouti, Kenya, Nigeria and South Africa.

Etix has also built blockchain and HPC infrastructure in Iceland and Sweden. Many of these projects are retrofitted into existing buildings.

Vantage's purchase also includes Etix's upcoming 55MW hyperscale campus in Offenback, near Frankfurt, which it bought in 2018 for €120m. The first data centre is scheduled to be complete in late 2020. At full capacity, the 8,000 square metre site can hold 3,000 racks and offer a maximum power capacity of 15MVA, Etix said.

Frankfurt hosts bit barns run by companies such as Interxion, Telecity and Level 3, and is the second largest data centre cluster in Europe behind London.

In addition to taking on Etix's locations, Vantage has purchased land for four greenfield hyperscale developments in Berlin, Milan, Warsaw and Zurich. The purchases will increase the number of hyperscale campuses in the company's portfolio from six to 11 by the end of this year. Vantage plans to begin work on some of the new sites in as soon as 60 days, according to president and chief exec, Sureel Choksi.

"As data centre demand from our customer base continues to rapidly increase worldwide, Vantage is embarking upon its largest expansion ever into Europe through the development of five strategic markets," said Choksi.

Etix's former CEO, Antoine Boniface, will join Vantage as president of its European division. Vantage's former vice president, Josh Buis, will take on an expanded role as senior veep for sales and business development in Europe.

Vantage, which was launched in 2010 with a campus in Santa Clara, California, was acquired by Digital Bridge in 2017 as part of a larger expansion into the wholesale data centre industry. In 2018, Vantage acquired Canadian data centre provider 4Degrees Colocation for $200m.

The terms of the Etix deal were not disclosed. ®