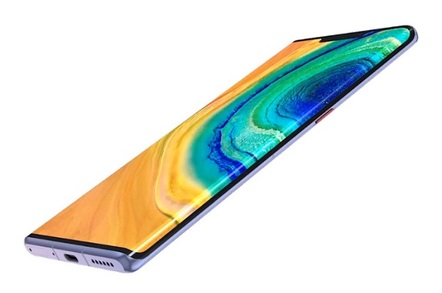 After almost four months on sale in its native China, the Google-free Huawei Mate 30 Pro is finally coming to the UK as a Carphone Warehouse exclusive.

Pre-orders for the phone opened today, with a UK launch pencilled in for 20 February.

The Mate 30 Pro is Huawei's current flagship device, packing a Kirin 990 platform and camera array that touts Leica's ultra-premium lenses. The phone has a 6.53-inch edge-to-edge OLED display that "intelligently" disregards unwanted presses and ships with a 4,500mAh battery.

However, because it landed on the sticky side of the Trump administration's embargo, it ships without Google's suite of Android apps, including the Play Store. Instead, customers will be forced to use third-party app stores, including Huawei's App Gallery or the Amazon Appstore.

It's the latter that's likely to be most valuable to ordinary bods. Although many factors smaller than the Google Play Store, the Amazon Appstore comes with most of the mainstream apps people are likely to care about, including Facebook and WhatsApp. There are also unauthorised ways of sideloading the Google Play Store to the device, although these are technically tricky and require some command line wizardry.

The Mate 30 Pro will start at £899 for the base model. To entice folks through the doors, Carphone Warehouse is bunging a free Huawei Watch GT 2 and a pair of Freebuds 3 to the first few customers – which should really, er, help to soothe the sting of not being able to download most apps. ®