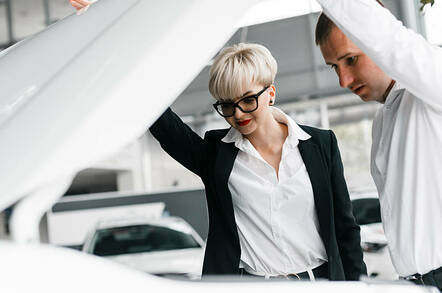 Popping the hood on Silicon Valley

An American biz watchdog has stepped up its probe into possible market abuse by Big Tech – Amazon, Apple, Facebook, Google and Microsoft – by demanding information on all acquisitions not reported to antitrust authorities in the past decade.

The FTC issued “special orders” to the big five on Tuesday requesting “the terms, scope, structure, and purpose of transactions that each company consummated between January 1, 2010 and December 31, 2019.” That will amount to information on hundreds of deals, the FTC said during a press conference.

If the federal regulator finds a pattern of wrongdoing or abuse of market dominance, it will use its full range of enforcement actions, from a warning all the way up to a “full divestiture of assets” i.e. breaking a company up, FTC chair Joe Simons warned.

The watchdog is adopting a “very broad definition” of the term acquisition including minority investments in companies, licensing transactions, rights to appoint someone to a board. Notably it will also treat data “as an asset that could have competitive effects.”

The goal behind the request is to help the FTC “deepen its understanding of large technology firms’ acquisition activity,” the regulator explained. But Simons was at pains to note that the information is not related to law enforcement actions and will not be shared with other agencies.

That’s relevant because the Department of Justice and a large number of state attorneys general are currently suing the same tech giants over anti-competitive behavior; the FTC data will not be shareable with them under the “unique” authority that the FTC is invoking, it stated.

However, Simons noted, if the FTC does find activity it feels is anti-competitive it will use it as a start point for further investigation; something that could result in the “unwinding” of deals made in the past decade.

There have been numerous reports in the past 10 years of big tech giants buying out competitors that threaten their market and then shuttering them in order to maintain effective monopolies in specific markets.

Simons said the impetus behind today’s order was a series of hearings the FTC held at the tail-end of 2018 where a number of panelists warned large tech platforms were buying up “nascent” companies in order to shut them down.

He painted the special orders as a “follow-up” to those hearings. “We heard at the hearings that there were a lot of transactions by major tech platforms that are not reportable,” Simons said. “What we want to know is why they were not reportable and whether there is anything we should do about it.”

Under the Hart-Scott-Rodino Antitrust Improvements Act (HSR Act), companies are required to report acquisitions of other companies if the size of that acquisition is greater than $94m (the exact figure has changed over time; in 2010 it was $60m). There are, however, exemptions that tech giants may have used to make larger acquisitions without reporting them.

As a result, dozens and possibly hundreds of market-altering purchases have never been made public – and that’s how the tech giants like it. They will often refuse to even acknowledge if they have bought a company. Many of the deals come with a non-compete clause, Simons noted, pointing to possible market interference.

The FTC will be asking for a wide range of information on all those acquisitions including “information and documents on their corporate acquisition strategies, voting and board appointment agreements, agreements to hire key personnel from other companies, and post-employment covenants not to compete.”

Where is this going?

As to what the goal of these orders are, FTC chair Joe Simons said it was “important that the technology market is open and competitive.” In the official announcement he was also quoted as saying that the data will “enable the FTC to take a closer look at acquisitions in this important sector, and also to evaluate whether the federal agencies are getting adequate notice of transactions that might harm competition.”

It's not clear whether any of the information gleaned will be made public – the FTC said it has yet to make a decision on that– but Simons stressed that “all options are on the table” if the regulator subsequently finds a pattern of anti-competitive behavior.

He wouldn’t be pushed on whether the same orders would be issued to other companies in future (other tech companies, like Intel, carry out small acquisitions all the time), and likewise refused to give a precise timeline for the investigation, saying only that it expects to get information in soon and will “move quickly” if necessary.

The investigation could result in a change to the current rules on reporting acquisitions, the regulator noted – something that would not require Congressional authority. It also dismissed concerns that the tech giants could question the FTC’s authority to even issue such orders – something that AT&T successfully did during a five-year legal battle over misleading consumers – saying that it “does not expect any meaningful challenge” to the orders.

The regulator even suggested that if it finds anti-competitive behavior as a result of its information requests it could issue an order in future that would require tech giants to provide full details of any and all future acquisitions.

Judging by the impact of the announcement on the companies’ stock prices, the FTC investigation is only expected to impact Facebook – no doubt because the agency made it clear that it now views user data as a competitive asset.