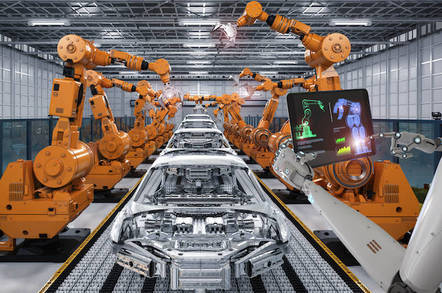 The adoption of industrial robots in France makes manufacturing businesses more productive and profitable but at the expense of jobs, according to a recent paper presented by the National Bureau of Economic Research, a private, non-profit, non-partisan research organization in America.

Within that data set, 598 French companies deployed industrial robots between 2010 and 2015. The researchers found, as they expected, that firms adopting robots shed jobs as they became more profitable and productive. They also created jobs internally, but those gains were more than offset nationally by job losses among competitors who were unable to keep up with the early adopters.

"Overall, even though firms adopting robots expand their employment, the market-level implications of robot adoption are negative," the paper says.

In 2017, Acemoglu and Restrepo conducted a similar analysis in the US and found in that instance robots were depressing wages.

This latest research argues against the notion that automation technology will create more jobs than it will destroy. But the case isn't clear cut.

In a phone interview with The Register, Andrew McAfee, co-founder and co-director of the Initiative on the Digital Economy and a principal research scientist at the MIT Sloan School of Management, said, "One of the points Acemoglu and his co-authors keep making that I violently agree with is that the effect of technology on employment is ambiguous."

It's way too simplistic, McAfee emphasized, to say that automation always or never takes jobs.

Universal basic income is a great idea, which is also why it won't happen

That said, McAfee observed that the tendency during the current economic expansion has been to dismiss the notion that robots might take jobs. What happened in France, he said, shows that robots can have a negative effect on employment.

McAfee explained that robots have had a disproportionate effect on the middle class, which in the US, France, and other wealthy countries was built upon routine labor associated with relatively high productivity. Assembly line workers, he said, contribute a lot in terms of productivity and took some of that value home in the form of higher pay.

Many of those jobs, which often had good benefits thanks to unions, have become automated, McAfee said, and recent gig economy jobs don't provide the same potential for productivity or profit.

"A person on a moped delivering meals generates less revenue," he said. "It doesn't mean the job is less valuable but with lower productivity you expect pay to be lower."

McAfee argues the job quality conversation should focus on politicians rather than robots. Gig economy jobs, he said, may not have the same benefits associated with them as traditional factory jobs used to have, but that's a choice we've made.

Instead of blaming robots or demonizing gig economy jobs, "what I would recommend is re-thinking the social safety net and having it less tightly coupled with the kind of job you're doing," he said. "That's not easy to do politically but it's not impossible or crazy." ®