When two become one in the server room 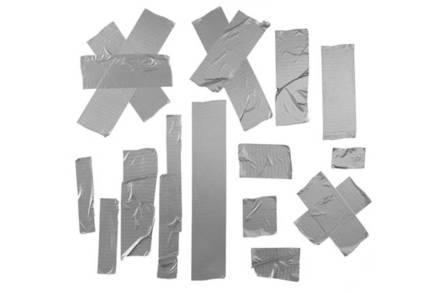 Who, Me? Welcome back to Who, Me?, The Register's regular feature covering confessions from readers who just wanted to get the job done.

"Bobby" (for that is most definitely not his name) is the man in the comfy armchair this week, ready to regale us with misdeeds from the previous century (or it might have been this one – it was a long, long time ago either way) when NetWare still ruled the roost and popster poppets the Spice Girls were troubling the hit parade.

"We were a NetWare shop," Bobby told us, "running some no-name tower servers." Doubtless in beancounter beige after someone with a head for numbers had likely decided that going off-brand would save money because they're all the same, amirite?

Some cash had been splashed, however, because the servers did use SCSI controllers. This hack is old enough to remember one particular IT manager insist that IDE was perfectly fine for a server room. It did not end well.

Clearly someone had realised that gear with a known provenance might be a good idea because "we were in the process of upgrading our servers and replacing them with Compaqs."

There was therefore a lot of redundant old kit lurking around, not yet quietly taken off premises, "which," said Bobby, "turned out to be a good thing."

One particular server wasn't going to be replaced 1-for-1. Instead its data would be migrated over to other servers. It would take a while and, of course, the Law of Sod struck.

The thing died. Naturally, "well ahead of the replacement schedule."

The team performed troubleshooting and decided the motherboard had burned out a couple of capacitors. What to do? There was no display or network connectivity from the stricken server but, observed Bobby, "the drives were clearly running."

There were no spares in the parts bin and, of course, nobody had renewed the hardware maintenance contract because "we were trying to get rid of these things."

"We thought about moving the drives into a working box, but the controllers that came with those no-name servers didn't take kindly to moving disks around from one drive cage to another.

"And, as I recall, the running box didn't have the disk capacity in its drive cage."

What to do? The solution was obvious. Snuggle the zombie server up to the live one, remove the facing side panels and snake a SCSI cable from the working machine to the powered disk cage of the otherwise mostly dead server.

Gloriously simple, and hey – think of the cooling benefits of running those servers with their internals on show for all the world (or at least the server room) to see, right?

The network connection went into the working server and ta-da! They were back in business. It would, of course, serve as a very temporary solution. After all, you wouldn't want to leave things like that for more than a few days, let alone weeks. Would you?

"We ended up running that 2-servers-in-1 for about nine months before we were able to finish the migration."

Ever built Frankenserver, only to be forced to wait months to put the poor thing out of its misery? Or been at sharp end of some unwise cost-cutting? This hack is pretty sure one of his creations is still running to this very day. How about you? Confess all via an email to Who, Me? ®

This is clearly not the time to test your company's social media policy, because that's what was used to let him go