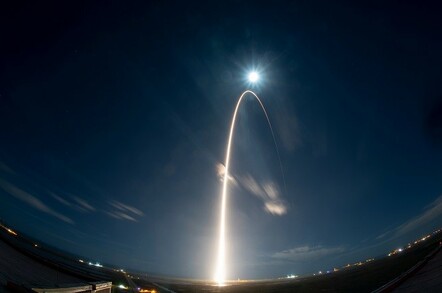 The European Space Agency's Solar Orbiter launched on time at 04:03 UTC this morning on the back of an Atlas V.

The rocket, in 411 configuration (a 4m payload fairing and single solid rocket booster stuck to the side of the main vehicle), sent the spacecraft on its way, marking the 82nd launch of an Atlas V. The Atlas V has proven to be a reliable old thing over the years, failing to deposit a payload into the correct orbit only once back in 2007. The 411 incarnation has now flown six times.

There was, however, no cheering from the boffins at ESA's European Space Operations Centre (ESOC) in Darmstadt, Germany, as the Atlas cleared the launch tower in Cape Canaveral. It took just under an hour following launch for a signal to be received from the spacecraft following separation from the booster. At around the 76-minute point, the solar arrays were extended and the assembled scientists and engineers were able to breathe again. 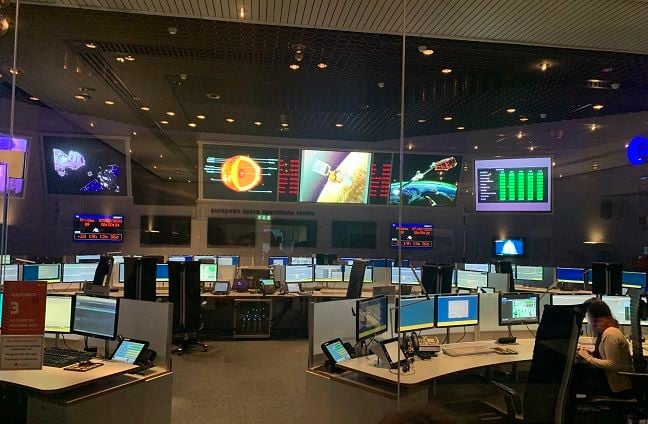 The next milestones in the mission will be the deployment of the Radio and Plasma Waves (RPW) antenna at around 29 hours following launch, then the all-important instrument boom deployment at 36 hours followed by further RPW antennas and the high-gain antenna.

The 209kg payload of SolO includes a set of in-situ and remote-sensing instruments. The former comprises an energetic particle detector to measure the composition, timing and distribution of particles spat out by the Sun, a magnetometer, a solar wind analyser and the Radio and Plasma Wave experiment.

The latter comprises imagers and spectrometers as well as METIS, which will be used to study the Sun's corona. Unprecedented levels of detail are expected in the science from SolO as the mission proceeds.

The spacecraft also has apertures in its heatshield to allow its in-situ instruments to perform measurements as it swings past on its elliptical orbit of the Sun. Close approaches are expected from February 2021, when the probe will come with 0.5 au of the Sun and again in October 2022, when it will be within 0.3 au.

SolO will also be able to peer at the polar regions of the Sun, with a 17° latitude in March 2025, increasing to 33° should the mission be extended through July 2029.

The Register was at the Darmstadt operations centre during the launch and spoke with some of those involved in the mission. Daniel Verscharen, an instrument scientist, told us that the journey to the launchpad had been long. The idea for the mission came up in the 1980s, although the proposal was not accepted until 2011. 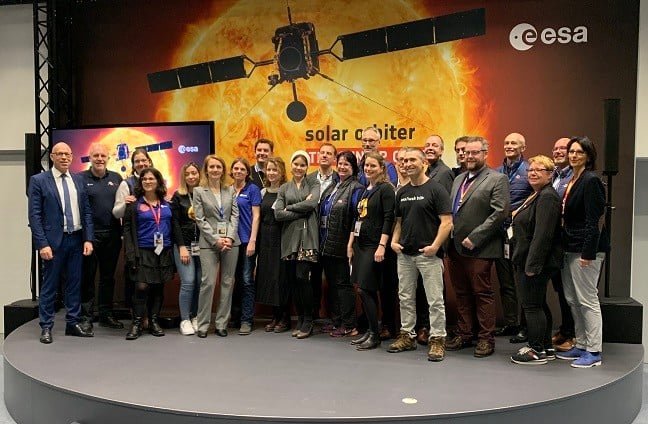 What is the collective noun for a crowd of very happy scientists, engineers and ESA staffers? (pic: Richard Speed)

Verscharen himself began working on the theory behind the mission in 2009 and told us he hoped to see the thing out. Although the spacecraft is now in space, the mission won't get under way "proper" until November 2021 as it swings past the Earth once more following gravity assists from Venus on 26 December 2020 and 8 August 2021.

Instrument commissioning is expected to take a while.

The nominal mission will end around December 2026, and naturally the ESA gang hopes the money taps will stay on should things still be healthy. ESA's head of mission operations, Paolo Ferri, told us the hope was that an extension might be given to allow a full 22 orbits of operations, until 2030.

As for what could kill off the mission? Fuel could present a problem; although senior science advisor Mark McCaughrean pointed out that ESA's XMM-Newton mission, launched back in 1999, had fuel to last into the 2030s thanks to careful management. However, the solar panels, derived from the BepiColumbo Mercury Planetary orbiter, might degrade over time as the probe flies through the harsh environment near the Sun.

Issues on the spacecraft itself will likely be dealt with by ESA's engineers, who have kept the Solar and Heliospheric Observatory (SOHO) mission alive and well into the third decade of its planned two-year mission. Such is the creativity employed by boffins on the ground that other missions, such as Mars Express, have endured long past their expected expiry date.

Some at ESA are a little concerned about what to do with the long-lived Mars orbiter when the end finally comes. Such has been its ability to repeatedly recover from what should have been mission-shortening scenarios that crashing it into Phobos to avoid contaminating Mars "might just end up punching a Mars Express-shaped hole through the Moon", joked one staffer.

Ultimately, for SolO, it may end up being the beancounters who decide when to call time on the project.

In the meantime, the Solar Orbiter (combined with data from NASA's Parker Probe) will prove a boon to Sun-studying boffins on Earth, including those pondering the impact of those pesky particles on potential missions to the Moon or beyond.

Future missions, including the Lagrange mission, which would see spacecraft positioned at the L1 and L5 Lagrangian, will further help scientists better understand and predict solar events, such as coronal mass ejections. ®