Maybe sustainability's not just for hipsters? 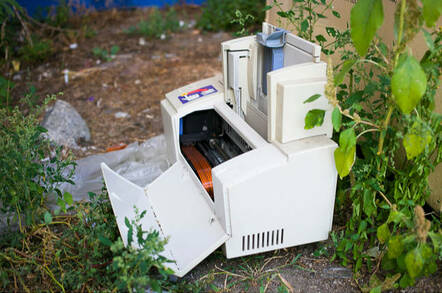 Column Last November, as I sat in a cafe penning my book Augmented Reality*, my MacBook Pro suddenly turned off in that very final way that lets you know something has gone very wrong. The Genius Bar confirmed a dead mainboard – and an estimated $1,000 repair.

I suggested that it might be better for me to buy a replacement, and they left me to it. But the more I looked into the raw economics of the matter – $4,000 for an equivalent machine – the less it made any sense. The delta between my "early 2015" model and Cupertino's latest didn't seem enough to justify the expense, and I desperately wanted to retain its full-size HDMI port.

In the end, I brought my machine back to the Genius Bar – to be informed that Apple had issued a recall on my display, so I'd be getting a new one too, at no cost. A week later, I had a more-or-less brand-new-but-old laptop upon which I can compose another few years of Reg columns – and saved myself thousands.

Twenty years ago, I consumed laptops at a rate of knots, buying a new one every 18 months. Ten years ago, I upgraded my smartphone annually, flip-flopping between iOS and Android. Today, I use a laptop released five years ago, tethered to a smartphone that's in its third year of heavy use. As all of this works perfectly well for everything I need to do, I see no real upside to upgrading.

In one of my first columns, I pronounced the "last" replacement cycle for desktops – something that, at least in personal experience, has proven true. Yet that doesn't mean we've been delivered from the vicissitudes of entropy: things still wear out. Failed kit used to end up on the scrap heap, but as the cost-benefit ratio shifts in favour of repair, it transforms the economics of the entire IT industry. When someone uses a computer for half a decade or more, that gets reflected in its design, service contract, supply chains and business models. Moreover, buyers now express dissatisfaction with computers that simply "wear out" after a few years of regular use, the sort of word-of-mouth that tanks sales.

That trend has spread down the value chain, from the priciest of laptops through to smartphones and now into regular consumer gear. Smart speaker firm Sonos recently got a prang when it tried to make its older models electronically obsolete, learning that its customers want to retain their investment – and expect Sonos to do whatever it takes. Too much low-end consumer kit has been designed to be shoveled out of a Shenzhen factory, through a home and into a landfill. Our growing emphasis on sustainability makes that an increasingly tough sell; the junk here today and gone tomorrow will be replaced with something more durable – with upgrade paths.

After a half-century of rapid growth, IT manufacturing looks to be changing pace. We'll still consume lots of kit, but expect it to last out the decade, learning which manufacturers can build to last – and which build too fast. Slick but unrepairable will lose out (except in the ego-driven executive suite) as total cost of ownership adds up. If it can't be fixed quickly and inexpensively, businesses won't be able to afford it.

The last PC replacement cycle is about to start turning

And not just businesses. Last month, I fielded a call from a friend shopping for new smartphones for himself and his wife, shopping for replacements after five years. I advised him to buy them both a newer model – more expensive today, but also more likely to be fully supported with updates for the next five years. They'd use the same arithmetic when choosing an automobile; and given that they'll be using those smartphones for about as long as they'd own a car, it makes good sense for them to keep an eye on the long term. That transition from consumables to durables – more like a refrigerator than a pair of sneakers – means we take our time, consider our purchases, then savour to them to the full.

There is still a way to go, as evidenced by the right-to-repair law in California being dropped last summer, but the direction of travel is obvious and many in the industry need to get on board. ®

*(Ed: Mark Pesce's book, Augmented Reality, is due out in September from Polity Press.)

What pockets $129m profit a day, starts with M, and rhymes with 'wow, so soft'? Hint: Its cloud is going gangbusters

Azure am glad we got into the computer rental business, says CEO