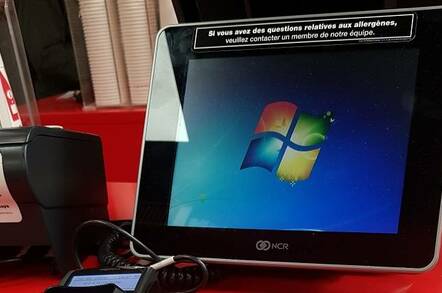 Bork!Bork!Bork! Welcome to another instalment in our occasional series of software being poorly where it really shouldn't. Today it is Five Guys, where the burgers are fresh, but the software less so…

Seeking to muscle in on McDonald's greasy grip on borkage comes upstart burger chain (in the UK at least) Five Guys and a very unhappy terminal in Paris La Défense. 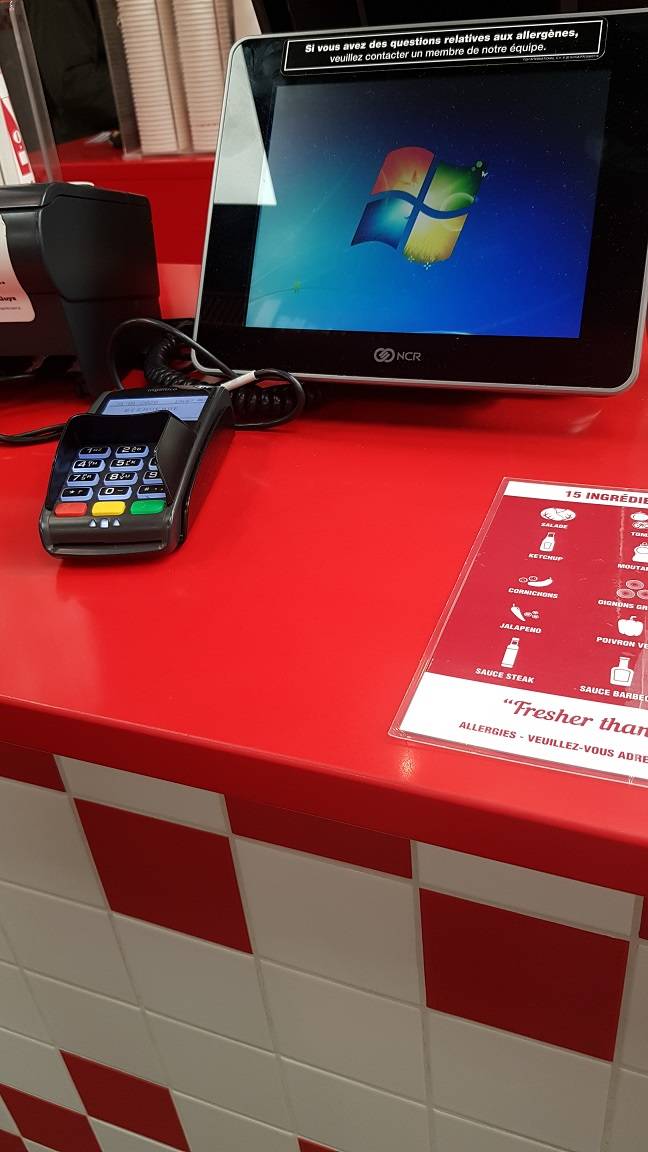 While the outfit might trumpet its "Handcrafted Burgers & Fries since 1986," the sad little Windows flag puts things very much in the 21st century.

Snapped in January by an eagle-eyed Register reader, the NCR terminal looks to be showing Windows 7 wallpaper. This is no guarantee that Windows 7 is actually running on the thing – it might be the work of a Linux admin with a particularly evil sense of humour or possibly a bitmap left lingering like a bad smell following an upgrade.

Then there is the whole Windows 10 in France thing. After all, back in 2016, regulators got a little stroppy over Windows 10's supposed slurping habits that left the Commission Nationale de l'Informatique et des Libertés (CNIL) thwacking the software behemoth with the stale baguette of privacy.

We're sure everyone is best buddies now, of course. Right?

Or maybe it is simply that like all too many computers out there, it continues to run the end-of-life Operating System in the face of Microsoft's increasingly shrill pleas to please, please stop.

Naturally, we would not suggest that the premium patty flinger's wares were as time-expired as Windows 7. We also asked the burger flippers what might have befallen the customer-facing device, but have yet to receive a response.

As ever, if the architects of the borkage feel the urge to explain themselves, we will update accordingly.

In the meantime, we were delighted to note the terminal's frame asking customers to ask staff about allergies. How about Windows 7? The thought of that being served up with some appetisingly steaming comestibles (and fries) could cause this hack to break out in hives. ®