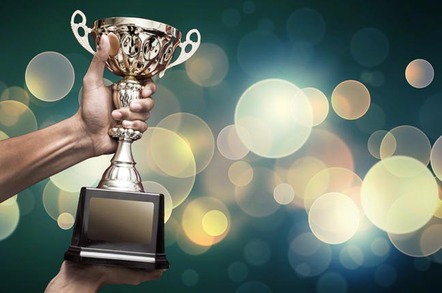 There's at least one browser out there unwilling to accept Microsoft's attempts to fiddle with search settings, and it's made by... Microsoft.

The latter is a nifty little thing that earns the user Microsoft points through an occasional quiz or searches using Bing. 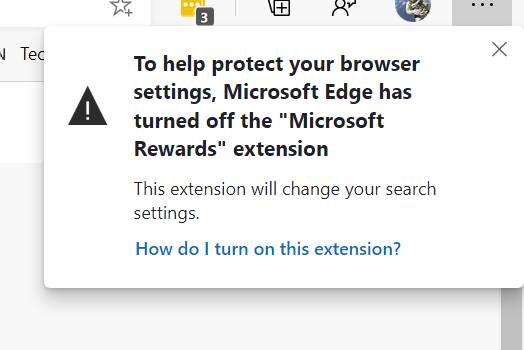 Those points can then be redeemed for goodies in return for, well, surrendering quite a bit. A glance at what the extension does lists "Display notifications" – OK, "Manage your apps, extensions and themes" – er, what? "Change your search settings to: bing.com" – heck, no! "Read your browsing history" – I don't think so...

It appears the Canary version of Edge also doesn't think so as the default privacy settings appeared to come down like a ton of bricks on Microsoft's own extension.

As for why we would use such a thing (as well as taking a chance on the Canary build of Edge) – it's all in the name of trying out stuff and seeing what breaks.

Interestingly, the release version of Chromium Edge had no such qualms about letting the extension through its hallowed portal.

Naturally, we asked Microsoft what might be going on here. It seems that the rapid pace of Chromium Edge development means that the gang are always trying out new things, which could explain the behaviour.

It is, after all, very much preview code.

We rather like a browser that blocks anything that wants to slurp our history or switch stuff to Bing. After all, things have not gone well for Microsoft's search engine in recent days and weeks. Microsoft has also attempted to slip Bing into enterprises via a Chrome extension installed as part Office 365 Pro Plus.

With Bing seemingly able to be knocked out by a "third-party fiber networking provider's" cock-up, blocking an attempt to fiddle with browser search settings would seem A Good Thing. Even if the gang are only trying things out on canaries. ®