Meanwhile, DNS overseer continues to dither on whether to do anything 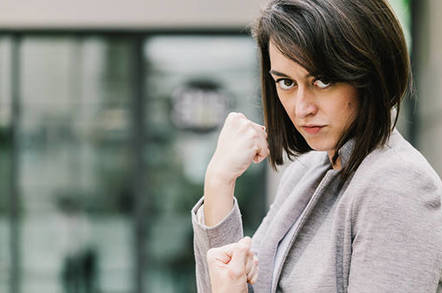 Updated The operator of .org has responded aggressively to a further delay in its controversial sale of the registry to a private equity firm, warning DNS overseer ICANN not to spike the deal.

In a letter, the Internet Society's Public Interest Registry (PIR) – which oversees .org – refused a request to hand over crucial confidential information to California’s Attorney General, who is probing the sale, and also rejected a further delay in the process, insisting that ICANN make a decision by the end of February.

And then it backed down on both threats.

“Regarding your request for consent to disclose confidential information on two business days' notice,” the letter [PDF], dated Monday, states, “your letter does not cite any authority for the proposition that the Attorney General Letter is the equivalent of a subpoena, nor have you provided PIR with a ‘reasonable opportunity’ to address any such subpoena.”

As for the delay – ICANN now wants until April 20 to make a decision – PIR said: “As of the date of this letter, ICANN has spent 81 days reviewing the proposed indirect change of control. It is simply unreasonable to protract this process that much further beyond what is prescribed in the registry agreement.”

But it then grants permission for both. “Nevertheless, in order to facilitate the investigation referenced therein as well as the consent of PIR's request for an indirect change in control, PIR consents to ICANN's disclosure of PIR's confidential information to the Office of the California Attorney General.”

And: “That said, PIR may be amenable to one final brief extension if necessary, provided that significant progress is made toward completion of this process.”

That schizophrenic approach – both refusing and accepting demands – is a sign of just how confused the process has become, in large part because ICANN keeps changing its approach to the situation and refuses to state its legal position.

Yeah but no but

Initially ICANN said it had no authority to stop the sale but as public pressure grew, the organization backtracked and said it would delay approval until it had properly reviewed the situation. Internally, the organization is fighting over whether its staff or board should have final say on the decision.

At the same time, ICANN still hasn’t indicated where it believes its legal authority lies: does it only have the right to intervene if, as PIR claims, there is a “change to security, reliability, or stability of services”; or does its public interest remit give it the authority to stop the sale if it believes it is against the broader interest of internet users?

Despite having reviewed the issue for nearly three months, ICANN has yet to give any indication of its position, creating frustration on all sides. And that indecision was made all the more clear when it took a week to acknowledge receipt of a letter from California’s Attorney General.

That letter demanded uncensored copies of redacted material – including who the new owners of the .org registry would be – put out by ICANN over the sale, and also demanded internal documentation outlining how ICANN has made a series of decisions leading up to the sale. Most significantly in them was a decision by ICANN’s staff to lift price-caps on the .org registry against the clear wishes of the internet community to which the organization is supposed to be accountable.

The letter arrived the day before protesters gathered outside ICANN’s headquarters in Los Angeles demanding that the organization’s board hear the concerns of 35,000 non-profit organizations. Those .org owners are concerned that the sale will result in fewer rights and higher prices. The board emerged and accepted the petition but made no mention of the Attorney General’s letter.

In that sense, PIR is just as frustrated as the protesters that the organization overseeing the DNS has given no indication of what decision it will make, let alone the process it will follow in making such a decision.

The buck stops... over there

And yet, since there is no other authority – the US government handed ICANN autonomy in 2016 – all sides are also wary about standing up to the notoriously fickle organization in case it acts out of spite.

And so while PIR wants to know the status of its billion-dollar sale – an entirely reasonable request – it also withdrew the legalistic threats it had made one paragraph earlier for the simple reason that ICANN could announce tomorrow that it approves the sale.

This time, however, no one will stand for a lengthy period in purgatory for dotorg, putting the DNS overseer in the extremely uncomfortable position of not being able to hide behind delay tactics.

We have asked ICANN, again and for the eighth time, when it expects to make a decision, what factors it is considering in making that decision, and whether it will make its executives available for an interview. We will update this story when it gets back – probably in 2027. ®

In a miracle of miracles, ICANN has sent in some limited responses to our questions.

Q. When does ICANN expect to make a decision?

A. The current deadline is Feb. 17, though we have asked for an extension to 20 April.

Q. What are the factors ICANN is looking at in reaching that decision?

A. Here’s some of the info we’ve requested and will be reviewing. There’s others obviously, but these are some of the major points….

Q. Any representatives available for interview?

A. Out of respect for the California Attorney General’s review we’ve got no further comment on the issue at this time.