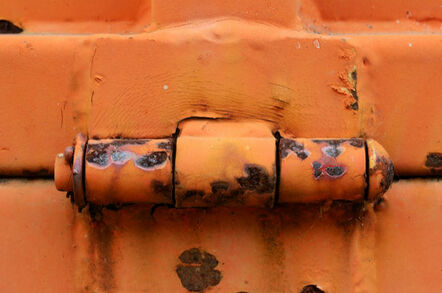 Not only is the Motorola Razr a nostalgic homage to a simpler time, but it's foldable too. Unfortunately, it's the latter feature irking some users, who have complained about unpleasant noises whenever they snap their pricey devices into the clamshell mode.

Tweets about the faulty blower have swiftly gone viral, with one unsatisfied reveiwer describing the hinge as "flimsy and unreliable". That post swiftly racked up over 1,000 retweets.

This is the sound of the hinge on the Razr folding. It doesn’t sound good. The hinge also feels flimsy and cheap for a $1500 phone. The rep at this store said she was afraid to use it. pic.twitter.com/dCXZNlCF0P

Now that, dear reader, is the sound of a novelty phone desperately crying out for some WD-40.

Another unsatisfied customer swiftly followed up with his own footage, noting that his device was a retail unit purchased on day one of availability.

Can confirm this is on retail units. This is on mine after 1 day of use. https://t.co/lBXIWtE8fI pic.twitter.com/9XTNG4YBmM

It's not unusual for pre-release devices seeded to journalists to come with some teething problems. For better or for worse, some brands like to treat hacks as unpaid beta testers*. The ambitious Samsung Galaxy Fold exemplifies that. Upon its release, journos and "influencers" alike found ways to inadvertently bugger the display, including by removing something that looked like a screen protector, but was actually an integral part of the display.

The biggest surprise here is that the issue is affecting retail units. It's not clear if this is an isolated issue, or a broader defect within the product. Either way, it's not great news for Motorola, as the Razr promises to be their highest-profile release of this year.

Obviously, we've reached out to Motorola for clarification. If we hear back, we'll update this post. ®

* I always try to review finished, retail-ready products. While that means I'm seldom the first to cover a device, it does ensure the experience will be similar to that of someone buying the phone at their local retailer. Whenever I'm unable to do so, I always note in my coverage that I'm reviewing a pre-release model.