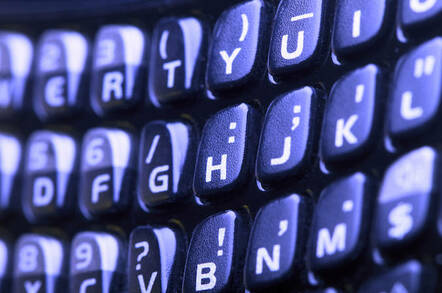 The humble BlackBerry (by TCL™) is dead. At least in its current incarnation.

TCL Communication – which inked a licensing deal with the BlackBerry brand in December 2016 – today announced it would cease developing new keyboard-clad phones, effectively marking the end of an era in smartphone design.

During its tenure as licensor of the BlackBerry brand, TCL released several phones – including three with dedicated keyboards, namely the KeyONE, the Key2, and the Key2 LE. Although these handsets were well received by the media and business users, they nonetheless remained a niche element in the broader smartphone industry, which at this point had pivoted entirely towards full-touchscreen devices.

According to IDC analyst Francisco Jeronimo, TCL sold 850,000 BlackBerry-branded devices during the whole of 2017. That's a fraction of sales registered by Apple in Q4 2017, with over 73 million iPhones plucked from shelves during the three-month period, per Gartner.

TCL wasn't particularly bothered by that – it knew that it was releasing a niche device with a somewhat anachronistic design, which would only cater to a small subset of the market. Still, with sales so low, it's hardly surprising the firm couldn't continue to maintain its experiment in the long term.

And that's a shame, because the KeyOne and Key2 phones were beautifully built, well-crafted devices. TCL had managed to replicate the satisfying feel of the original Bold and Curve phones, even turning the keyboard into a tactile gesture system, as seen on the novel BlackBerry Passport in 2014. From using them, you could tell that they weren't merely half-arsed nods to nostalgia, but lovingly designed productivity tools.

TCL hasn't shed light on why it's ceasing production of BlackBerry phones. We asked, but were met with a firm "no comment".

One can only speculate whether sales weren't strong enough for TCL to continue throwing resources in its direction, or whether BlackBerry – which now exists primarily as a communications and security vendor – pulled the plug.

It's worth noting that TCL has emerged as a brand worth watching in its own right. For the past few years, it has lobbed TVs that carry its own marque. And this year, at CES, it announced a range of new TCL-branded mobes, including a 5G handset that retails under $600. One can reasonably question the wisdom in continuing to make licensed phones when you're trying to establish your own brand in the crowded consumer tech space. Either way, it's a sad day, particularly for those among us who used a BlackBerry as their first phone. I include myself in that group.

I graduated from feature phones to the Bold 9700 when I left for uni. And while fellow younglings were using BBM to organise devastating riots in the heart of London, I was getting push notifications whenever one of my lecturers emailed me, and sharing my PIN with girls I met on nights out to the local dive club, where you could get three trebles for a fiver.

It was a different, arguably more exciting, time. And a big part of that was the clunky, slightly dorky BlackBerry. And the trebles, of course. ®