There are already Chinese components in your pocket – so why fret about 5G gear?

This is literally the whole point of standards 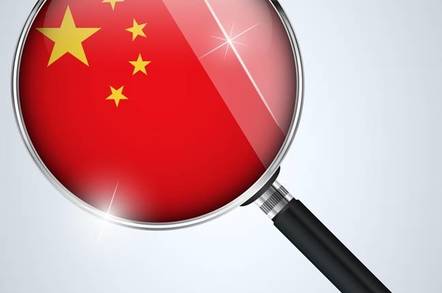 Column A country torn apart by nationalism, corruption and warring factions becomes desperate for a commodity supplied by a distant power. The country's leaders try diplomacy, which is rebuffed. They legislate repeatedly to limit supply, but demand is so high that borders become completely porous.

In a final attempt to regain control, they close down trade altogether: the distant power has by now enriched itself so much that it can take what it wants anyway. Ignominious defeat, chaos and infinite misery follow.

This is the dark future predicted by those who see Huawei as an arm of Chinese state power, one unfit to control Western 5G infrastructure. It's also the story of China itself just six generations ago, when the Opium Wars led to national humiliation at the hands of the British Empire. That history informs contemporary Chinese identity as strongly as our imperial past defines the Brits: here be dragons.

Our national politics is indeed addicted to 5G. Listening to the politicians and pundits talk about it is like hearing a first-time shroomer gabble on about cosmic awareness. They don't know what they're talking about but everyone else must have it too. Just avoid the bad shit, man. It is most certainly true that Huawei is required to do what it's told by the Chinese state – there are no legal safeguards.

Yet the same is true of any Chinese company. How much Middle Kingdom technology is in your pocket right now? Your home router? Laptop? Your enterprise infrastructure won't have a Chinese name on the front panels, but the chips inside? The stuff's ubiquitous. There's not much point in locking down whatever core network carries the UK's top secrets if the people using it all have smart TVs in their rooms busy relaying everything they hear back to Beijing.

It's not clear exactly what bad things will happen if we fail to limit Huawei. The potential is certainly there for data monitoring and exfiltration back to the spymasters, but if anything it's less so in 5G infrastructure than almost anywhere else. Wholesale expropriation of data will show up in traffic analysis, of the sort that prudent operators will be carrying out anyway. Mobile data networks have endpoints appearing and disappearing all the time, with revenue closely tied to usage in ways that the wired network has long abandoned. It's a much more closely monitored environment than the general internet.

Or are we worried that Beijing will turn our lights out? Close down our networks and cut us off from Netflix? That would be an act of war, and the consequences would not go well for anyone: if we're at the point where something like that is a logical act, we're in deep trouble on all fronts – and so is China. Slow extortion by rising prices and withholding of key technologies unless concessions elsewhere are given – both are far more likely. But would they work?

It's not even as though we can't guard against this. The whole point of standards is that components can be swapped in and out without needing permission from any one supplier. If 5G is engineered properly across the stack, then any coup can be undone or forestalled by swapping out the traitorous tech. This does assume that alternative components are available – that box X from Huawei can be replaced by box Y from Ericsson, that management systems are as interoperable as the data and control planes.

Here, the problem isn't one of capability but rather one of raw economics. Huawei is heavily subsidised by the Chinese state, Western suppliers do not have equivalent support. That's something worried politicians can do something about.

5G network operators all work under licence. Things like second-sourcing, where no solution is acceptable unless there are at least two suppliers capable of providing it, can be part of the licence conditions. State subsidies can be matched or made subject to trade agreements. Things like software updates and security patches can be mandated as auditable, with source code disclosure and local recompilation made part of the cost of doing business. "No binary blobs" shall be, if not the whole of the law, certainly one of its commandments.

It is perfectly possible for the West, even in our current state of fracture and division, to decide on a coherent policy that combines achievable aims in wireless infrastructure with sustainable technological economic growth, and personal and state security. We've had nearly 40 years of mass mobile technology; we've created a global network that despite ourselves works well and evolves to meet new challenges. If we can wean the politicos off the drugs of nationalism and divisiveness, even in this one matter, we can carry on in that vein.

Imperial Britain won the Opium Wars not through divine right or enlightened promotion of a higher civilisation – sorry about that – but by single-mindedly killing people in the causes of money and power. China lost because of internal conflict – the mid-19th century civil wars and rebellions were probably the bloodiest in world history – and all manner of political mismanagement. Any Data Wars will be fought in a very different way, but the divided and confused will lose, the determined and focused will win. Let's choose wisely. ®