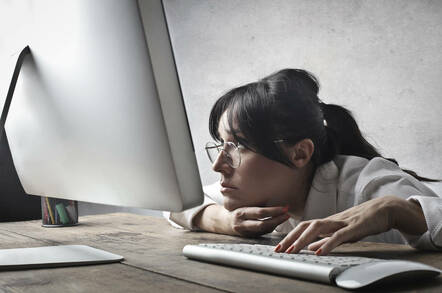 The so-called low-code platform will slowly wind down before grinding to a halt on January 19, 2021, Google announced on Monday. Apps created on App Maker will continue to function for the next 10 months, though no new apps can be made after April 15 this year. Users can continue editing and deploying all existing apps created before April 2020 up until the whole platform is discontinued early next year.

Google said it was shutting down this corner of G Suite “due to low usage.” It’s seemingly used chiefly by people working in finance, HR, and similar departments hoping to produce ad-hoc in-house tools that collect, manipulate, and search through documents and other business data stored in services like Google Sheets and Google-hosted cloud databases. Although App Maker is described as low-code, some fiddling with JavaScript and CSS may be required, depending on the task at hand, which would put off folks outside IT and engineering.

Unfortunately it seems Google App Maker users will probably have to rebuild their apps from scratch somewhere else, though they could try to port over their JavaScript and CSS.

Other options include using Google's App Engine with App Maker data that's stored in the web giant's Cloud SQL databases – tho, App Engine is more complex than App Maker – or using Google Forms if your custom tool is basic. Or something outside the realm of the fickle advertising goliath, of course. ®