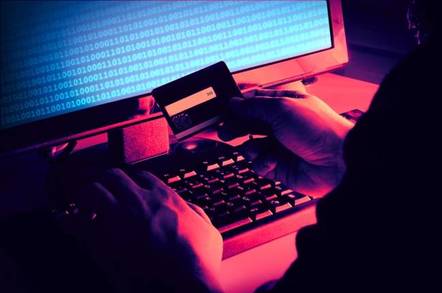 A 29-year-old Russian scumbag has admitted masterminding the Cardplanet underworld marketplace as well as a second forum for elite fraudsters.

Cardplanet was an internet souk in which crooks bought and sold stolen bank card details. When he was cuffed and charged last November, prosecutors estimated the website accounted for roughly $20m in fraud.

"To obtain membership in Burkov’s cybercrime forum, prospective members needed three existing members to 'vouch' for their good reputation among cybercriminals and to provide a sum of money, normally $5,000, as insurance," Uncle Sam's legal eagles said of the secret den on Thursday.

"These measures were designed to keep law enforcement from accessing Burkov’s cybercrime forum and to ensure that members of the forum honored any deals made while conducting business on the forum."

For the Feds, this has been a long time coming. US authorities sought Burkov's extradition back in 2017 after he was collared in Israel in 2015.

After exhausting his opportunities to appeal the extradition in the Israeli legal system, Burkov was sent to the US to face trial in November of last year, and has now finally coughed to his crimes.

Burkov faces a maximum of 15 years behind bars when he is sentenced on May 8, though courts typically hand down much lighter sentences when perps skip lengthy trials and go straight to pleading guilty. ®