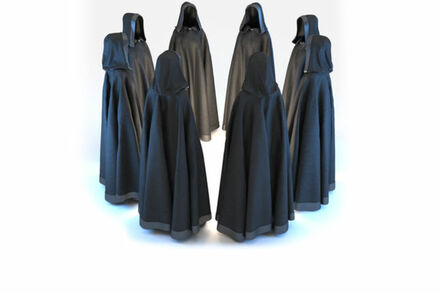 The British government's view of people who encrypt their communications

The Government Reviewer of Terrorism Laws has declared that safeguards protecting Britons from police workers demanding passwords for their devices must be watered down.

In a speech delivered to conservative think tank the Henry Jackson Society yesterday, Jonathan Hall QC, the "Independent Reviewer of Terrorism Legislation"* said section 49 of the Regulation of Investigatory Powers Act (RIPA) 2000 is too "difficult" for police and others to work with.

Section 49 of RIPA is the part of UK law that lets police and others legally order suspects to hand over passwords for encrypted information.

There are two safeguards: one is subsection (3), which says the state can only demand your password if it is "in the interests of national security", for "preventing or detecting crime" or for the "economic well-being of the United Kingdom".

The other safeguard, identified by Hall, is subsection (2)(d), which says password demands can only be made by the state if it is "not reasonably practicable" to get at the encrypted information without demanding the password. Failure to obey is a crime punishable with up to five years in prison.

Even these sweeping permissions and slim safeguards are too narrow, in Hall's view. In his speech he said:

The truth is that these preconditions may be difficult to establish, especially when counter-terrorism police are working against the clock in relation to multiple individuals and multiple devices, where those individuals are in precharge detention and must be either charged or released unconditionally...

Pre-charge detention – arrest and incarceration without being charged – for people apprehended under terrorism powers lasts for up to a fortnight. After 14 days police must ask a judge's permission to carry on jailing a suspect without setting out a case against them.

Hall went on to call for the creation of a new offence of failing to hand over a password during a terrorism investigation. It was unclear whether the barrister was calling for the word "terrorism" to be inserted alongside "child indecency" and "national security" in RIPA section 53(5A)(a), which sets longer sentences for refusals to decrypt in certain types of case.

In a coded warning, Hall appeared to suggest that opposing an expansion of forced-decryption powers could lead to "longer and longer periods of pre-trial detention being sought" by police, spies and the like.

Lest all this is thought to be an edge case that only applies to nasty people who had it coming to them anyway, British police abused their Terrorism Act powers to target a journalist's courier who was changing flights at Heathrow while carrying encrypted material from Edward Snowden. In an act of great national shame, a senior judge decided this was perfectly legal.

Hall's proposal would see people in similar circumstances – journalists, your lawyer, your family members – facing a potential five-year prison term for quite reasonably refusing to incriminate themselves or others. Such abuses, and potential abuses, must be confronted and taken outside the range of lawful options open to police and others.

Hall's full speech is available as a PDF on the government website, gov.uk. ®

* The Independent Reviewer of Terrorism Legislation's official name is deliberately misleading: the post is now used by the government of the day for prominent barristers to prove their political loyalty before promotion into senior politico-legal posts.

Hall's immediate predecessor, Max Hill QC, echoed then-Home Secretary Amber Rudd's demands for encryption and online anonymity to be outlawed, something that did not in any way slow down his promotion to Director of Public Prosecutions – top job in the criminal legal world – 10 months later.

Before Hill came David Anderson QC, who was widely accepted to have been as neutral as is possible in the post; nonetheless, this didn't stop his elevation to the House of Lords as a crossbench peer after he stepped down in 2017.

The first permanent reviewer and Anderson's predecessor was Lord (Alex) Carlile QC, who, though nominally a Lib Dem, took a post in 2001 in Tony Blair's Labour government. He spent the next nine years overseeing the introduction of intrusive legal powers for police, spies, local councils and anyone else in the public sector who fancied themselves as James Bond.

Still too much discretion when it comes to that 'terrorism' stuff, repeats David Anderson QC

2015 legislation review is laid before Parliament