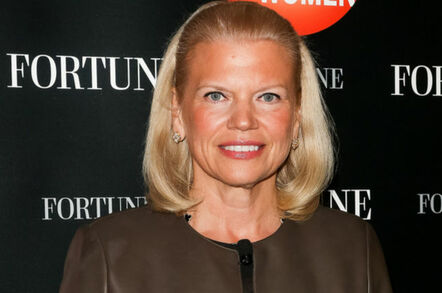 A tenth of a percent still counts, right?

With the help of its newest acquisition, namely Red Hat, IBM managed to book a rare yet tiny increase in sales. For the fourth quarter of its 2019 fiscal year, ended December 31:

"We ended 2019 on a strong note, returning to overall revenue growth in the quarter, led by accelerated cloud performance," said IBM CEO and president Ginni Rometty.

"Looking ahead, this positions us for sustained revenue growth in 2020 as we continue to help our clients shift their mission-critical workloads to the hybrid cloud and scale their efforts to become a cognitive enterprise."

Speaking to analysts about the earnings report, IBM chief financial officer James Kavanaugh talked up the role Big Blue hopes Red Hat will play in a planned blitz on the hybrid cloud market. The hope is that combined IBM/Red Hat packages will boost not only cloud and cognitive divisions, but also the Global Technology and Business Services business units.

"As client adoption matures and moves through the advisory and application modernization phases, this will naturally extend," Kavanaugh said.