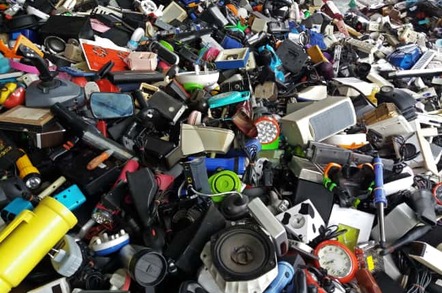 Updated Sonos is doubling down on its previously disclosed inclination to drop support for older products that aren't profitable to support.

The Internet-of-Things speaker biz said on Tuesday that it will stop providing software updates for some legacy gear in May – some of which are barely five years old. The cessation of service doesn't have any immediate consequences but it dooms older devices to stasis, insecurity, and potential incompatibility as software from Sonos or its partners change.

There is one caveat: customers with a mix of legacy and modern Sonos gear won't be able to run both together once a future update moves modern kit to a new version of the Sonos software. So legacy gear will have to be quarantined on its own network, a capability Sonos intends to facilitate shortly.

"Today the Sonos experience relies on an interconnected ecosystem, giving you access to more than 100 streaming services, voice assistants, and control options like Apple AirPlay 2," the gizmo maker said in a blog post.

"Without new software updates, access to services and overall functionality of your sound system will eventually be disrupted, particularly as partners evolve their technology."

The phrase "will eventually be disrupted" offers no hint of who might be responsible for said disruption. But the company's recent financial filings explain that Sonos itself has planned for the obsolescence of its products and the discontent of customers.

"We expect that in the near term, this backward compatibility will no longer be practical or cost-effective, and we may decrease or discontinue service for our older products," the manufacturer's Q4 2019 10-K financial filing explains. "If we no longer provide extensive backward capability for our products, we may damage our relationship with our existing customers, as well as our reputation, brand loyalty and ability to attract new customers."

This is the same tech outfit that celebrates its environmental and social responsibilities by encouraging customers to flip a kill switch on older products so they cannot be resold in order to trade-in their bricked kit for a 30 per cent discount on new Sonos gear.

Planned obsolescence is common among software-centric companies like Apple, Google, and Microsoft, which only support products for a set period of time. But it hasn't been the norm for makers of home appliances and consumer electronics, where buyers expect products to last more than a few years or even decades.

With more and more companies embracing software-oriented business models, product expiration dates have spread to other market segments. But consumer expectations, as Sonos anticipated, haven't followed. That's evident in the reactions of some Sonos customers on the company's discussion forum.

"What kind of company just phases out your equipment regardless of how much money you spent on it?" wrote one unidentified keyboard warrior.

"You guys seriously SUCK. All you have done since I invested in your products is destroy them and remove functionality. You offer a pathetic 30 per cent buyback on only some products, when you should be offering 100 per cent buyback on everything. YOU BREAK IT, YOU BUY IT. I’m done with you crooks, I hope you get hit with a class action lawsuit and go bankrupt."

That said, it's hard to imagine a better advertisement for open source software. ®