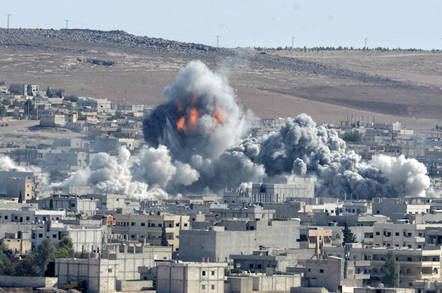 After a third trip to thrash the router this morning, Brits might not be too surprised to learn that they're being ripped off for broadband compared to their pals across the Channel.

Even so, consumer telecoms analyst at Cable.co.uk has laid out how the UK fared in its 2020 Global Broadband Pricing League Table.

And if value for money is really, really bothering you – hey, you can always move to Syria.

Between 28 November and 8 January, Cable.co.uk recorded and compared 3,095 fixed-line broadband deals across 206 countries. At first glance, Blighty didn't do too terribly, coming sixth cheapest out of 29 West European countries with an average package price of $35.71 (£27.48) behind France, Germany, Andorra, Italy and Monaco.

But the tables were turned when looking at value for money, with the UK sinking to 23rd of 29 in Western Europe – and 81st in the world – due to slower average speeds and a monthly cost per 1Mbps of $1.07 (82p). The analyst pointed out that this is 11 times higher than what the Swedes enjoy and in Andorra you're looking at a measly $0.08.

Spare a thought for those trying to get online in Eritrea, however, whose average monthly broadband packages come in at an eye-popping $2,666.24 – the most expensive individual "deal" being $15,051.29.

At the opposite end of the scale, internet in Syria is a steal at an average $6.60 per month, though Cable.co.uk pointed out that this is "largely due to the ongoing collapse of the Syrian Pound". And the ongoing war, of course. It'll also only net you 0.9Mbps.

If you'd rather stay out of a danger zone, er, Ukrainian broadband will get you 7.7Mbps for $6.64, while Russia can sort you 700Mbps for an average $9.77 a month. Romania, on the other hand, is liberally tossing 1Gbps about for a monthly $8.15 thanks to widespread fibre-to-the-premises (FTTP) connections. If your budget can't quite stretch to that princely sum, you're guaranteed a minimum 50Mbps.

Brits might find some comfort in the fact that it's a lot worse in North America. Broadband in the United States came in 119th place globally with an average monthly package price of 50 bucks. A hop over the border into Canada, however, and things look a little more sane at $34.86.

The research also found that global broadband speeds accelerated by an average 20.65 per cent between 2018 and 2019 while the price tag on monthly packages fell by a shade under 20 per cent.

Dan Howdle, consumer telecoms analyst at Cable.co.uk, said: "The price of fixed-line broadband globally continues to fall, while speeds continue to rise. In our worldwide broadband speed comparison, released in July of last year, similar disparities were apparent to those seen here. The countries with slow, patchy broadband infrastructure that supplies only a fraction of the population tend to be the most expensive. Likewise, those with exceptional, often full-fibre (FTTH) infrastructure supplying the majority of the population tend to be the cheapest, if not in absolute terms, certainly on a cost-per-megabit basis."

Turning to the UK, Howdle added: "With a healthy, open marketplace offering relatively cheap broadband deals to everyone, and so-called 'superfast' speeds available to around 96 per cent of homes, the UK is doing rather well in absolute package cost terms, sitting just outside the top third of cheapest countries and coming in a respectable sixth cheapest of the 29 countries in Western Europe.

"However, the UK is still heavily reliant on part-copper networks, coming rather late to the party when it comes to pure fibre (FTTH). It is therefore falling far behind most of Europe in terms of the value offered. 1Mbps of bandwidth in the UK will cost you on average USD 1.07 per month, compared to USD 0.12 in Sweden, USD 0.20 in Portugal or USD 0.21 in Spain. This comes as no surprise when you consider that, apart from Virgin Media, which owns its own network, and some very small local providers, the speeds available to UK households have not significantly changed for the majority of the UK population in the last five to six years. Prices, meanwhile, have risen steadily."

Full-fibre remains a pipe dream (pun intended) for Blighty. Her Maj opened Parliament at the end of last year with fanciful promises of nationwide "gigabit-capable broadband", as per prime minister Boris Johnson's pledge. Now his Conservative Party has a majority, so let's see if that was genuine or a little pre-election sweetener. ®