Literally: As much as 10% of employees at server-hosting biz laid off in 'non-cost-cutting' move 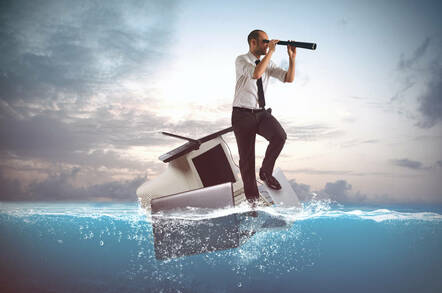 In a statement to The Register, a spokesperson for the cloud-server-hosting biz addressed the job cuts using bland buzzwords that said very little about what's actually going on.

"DigitalOcean recently announced a restructuring to better align its teams to its go-forward growth strategy," the spinner spun.

"As part of this restructuring, some roles were, unfortunately, eliminated. DigitalOcean continues to be a high-growth business with $275m in ARR and more than 500,000 customers globally. Under this new organizational structure, we are positioned to accelerate profitable growth by continuing to serve developers and entrepreneurs around the world."

The New-York-based outfit did not say how many people it has let go, though reports suggest the number ranges from 35 to 50, or roughly 10 per cent of the 450-person company. Twitter has been abuzz with former DigitalOcean workers seeking new jobs.

DigitalOcean co-founder Moisey Uretsky provided a bit more detail, attributing the job cuts to disorganization and executive turnover. In a comment on Hacker News, he dismissed the idea the company was being readied for sale, and insisted it's not turning away from small developers.

"As unfortunate as the layoffs are, they were really due to two CEO changes in the past 18 months and leadership changes that created competing directions in the business, which Yancey [Spruill] our new CEO, is now addressing," wrote Uretsky.

We are not running out of money, nor do we have an immediate need to raise capital, and the layoffs aren't related to any sort of 'cost-cutting'

"We are not running out of money, nor do we have an immediate need to raise capital, and the layoffs aren't related to any sort of 'cost-cutting.'"

Praised for his forthright statement about the layoffs, Uretsky acknowledged that his remarks hadn't been scrubbed and approved by DigitalOcean's communications team.

"The more time you spend in the corporate world, the more comfortable you are with corporate speak," he said. "I haven't spent any time in the corporate world and I personally value honesty very highly, so I always try to be as forthright as possible, while still respecting the privacy and feelings of other individuals."

Uretsky's reassurance that DigitalOcean remains committed to serving budget-conscious customers with a $5/month hosting tier was met with expressions of gratitude from developers, who appear to be keen to avoid the complexity of AWS and to support an underdog in a market increasingly dominated by giants.

Cloud hosting providers like DigitalOcean, Linode and Vultr have been under pressure from the industry's dominant player, AWS, since it launched a competing, low-cost offering called Lightsail back in late 2016.

DigitalOcean drowned my startup! 'We lost everything, our servers, and one year of database backups' says biz boss

In 2018, DigitalOcean cut prices to keep pace with the competition. But according to Uretsky, the company's most recent equity round was raised 2015 and it has no profitability concerns about $5/month customers. Investor research website Pitchbook reports that the company took on debt in 2016 and obtained further funding in 2017.

In the discussion thread, Uretsky acknowledged that DigitalOcean, which was founded in 2011, isn't profitable at the moment.

"We are running at a modest loss now, which is OK because we are growing and also because whenever you launch a new product or feature the up-front costs are much higher to get the initial product built and there is no revenue contribution from it until it's launched and has ramped up," he wrote.

"But even so we did manage a completely net profitable year in our history in 2017, which I'm very proud of, and have been at a slight loss in other years. We still have plenty of our Series B raise in our bank account."

Because the company turned a profit in 2017, Uretsky contends it's just a matter of balancing investment and return so the biz can continue growing at a responsible rate. ®