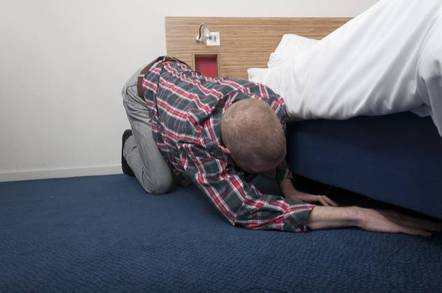 Butterfingered London councils have managed to lose nearly 1,300 laptops, mobiles and tablets, according to figures obtained by Freedom of Information requests.

Researchers at the think tank Parliament Street collated three years' worth of data from councils in the UK capital to show a jump to 635 lost or stolen devices in FY18-19, up from 354 the previous year and 304 in the 12 months before that.

Unsurprisingly, it was mobile phones that accounted for the lion's share, with 951 going missing in total. 478 of the things disappeared down toilets or fell into the hands of miscreants last year alone.

As with so many things, not all councils are equal, and Lambeth recorded an impressive 281 losses over the three years. As well as 105 mobiles mysteriously disappearing in the last financial year, 11 laptops and six tablets went AWOL.

Richmond and Wandsworth (reporting together) and Brent did not fare much better. The former reported 123 devices that were nabbed or stolen and the latter admitted to 170.

More careful with taxpayer-funded gear were Lewisham and Islington. Both recorded the loss of a single mobile last year, and Lewisham managed to keep a close eye on its laptops for the last couple of years, not losing a single one.

Lambeth's total count of missing machines is all the more distressing when one considers that the council currently enjoys a total headcount of 2,395 staff (PDF). Lewisham, in contrast, laid claim to a 6,912-strong workforce (PDF) as of 31 March 2018, but kept its equipment losses to single-digit levels.

Not all London councils responded, and the figure does not include oopsies from the rest of the country. We would suggest a call to the police to try to recover some of the mislaid hardware, but judging by a report in December, Plod has problems of its own in keeping track of hardware. West Midlands police, for example, lost 1,012 devices over three years.

The Metropolitan and City of London Police were not included in that survey. Probably too busy hunting down hardware lost by careless council workers in the capital. ®