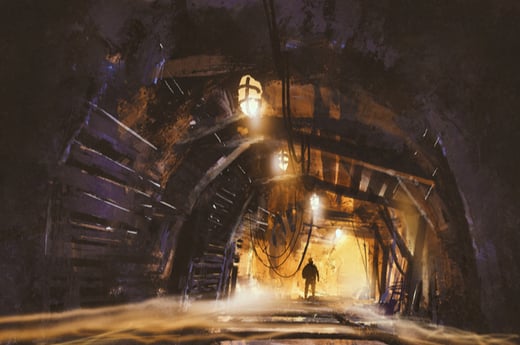 Ordnance Survey uncovers the Blighty beneath your feet

Register Lecture This event has now sold out - but wait, there's more. The Reg's Lectures team is working on new date for a second run. More details soon!

A golden age of cartography is upon us. Only this time, it's satellites and tech firms’ vehicles that are crossing the Earth’s surface, compiling maps for their distant masters who are building geospatial services.

But what about the world they don’t see – the world beneath the Earth's surface? A sprawl of unrecorded, subterranean infrastructure lies deep beneath our feet, and it's a nightmare for those rolling out broadband and other cabling for a connected Britain. We're talking centuries of pipes, tunnels, and wires just waiting to be wrecked by workmen in diggers, producing untold cost and inconvenience.

If only somebody had a comprehensive map of underground Britain...

Enter the Ordnance Survey, which is working on a major collaborative project compiling the UK’s first national register of underground assets.

It’s an ambitious effort that demands unprecedented levels of data sharing by utilities and underground service providers, and the Ordnance Survey’s spatial data infrastructure and digital platform lead Carsten Roensdorf is ready to dig in on your behalf at The Reg’s February lecture.

Carsten joins us in the wake of the project going live in the North East and parts of London, and as plans for a pilot in central London prepare to get underway.

Get the nitty-gritty from Carsten on why mapping underground Britain really matters to the digital age, the surveying and data-gathering techniques involved, how the UK's project differs to similar work in other countries, and the challenges in building Britain’s first-ever comprehensive register of its hidden assets.

Join Carsten at Bloomsbury's Rugby Tavern, in London, England, on February 25. Doors open at 6.30pm UK time for a 7pm start. Refreshments will be served at 7.45pm followed by an audience Q&A. Tickets are on sale here. ®

America's broadband speed map is back! And it doesn't totally suck!

Now all we need is accurate info and prices

Scientists produce a map marking water hotspots on the Moon

Just landed on the Moon and fancy a drink? Step on up