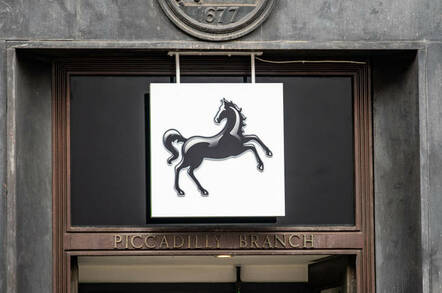 Microsoft and UK finance behemoth Lloyds Banking Group have signed a deal that will see the Windows giant manage the group's desktops and mobile devices.

Lloyds Banking Group (LBG) is spanking the best part of £3bn on technology, and the Microsoft deal – whose value remains undisclosed – will see employees experiencing a "modern digital workplace" as Redmond's wares slither onto desktops.

The news comes less than a fortnight after customers were hit by the bank's New Year wobble, which saw online services take a nosedive as revellers staggered home and payments fail once the party was over. It seems to be an annual thing at the banking group in recent times.

The £3bn was first announced almost two years ago, while the bank was in the throes of a major outsourcing and cost-cutting programme. Back then the thinking was that deploying new technology would reduce operating costs.

Hello, then, the Microsoft Managed Desktop (MMD). As the name suggests, MMD sees Microsoft take over the management of an organisation's desktops and devices, ensuring things are kept up to date and secure.

The service, part of the Microsoft 365 world, put in a public appearance back in September 2018 and purports to allow enterprises to focus on business-specific IT rather than having BOFHs and PFYs scurrying around trying to stop Windows installations toppling over.

LBG has been working with Microsoft on the project since 2017 and the fruits of their combined labours will be rolling out across the entire business, hitting 65,000 lucky employees.

The bank also hired former Microsoft design guru, Dan Makoski, in 2018 as chief design officer to come up with some "great experiences for our customers". Presumably these would include things like a picture of a sad-looking cat when users look for expected payments... or perhaps a poster of an adorable puppy over the shuttered door of a closed branch.

The rollout of MMD across the entire group will make LBG the largest financial services firm to deploy the technology, with Azure getting a nod as a means to "increase business agility".

LBG competitor HSBC is a tad more keen on Microsoft's arch-rival Google's Cloud while Santander turned the money firehose on IBM to the tune of $700m.

Still, in the banking world there seems to be more than enough cash to go around. Except, it seems, when it comes to keeping customer-facing services upright. ®