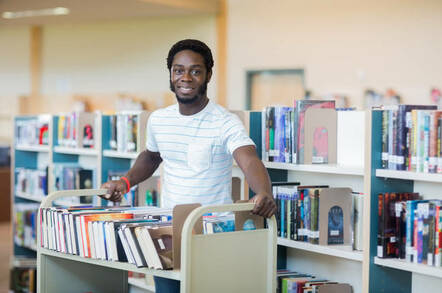 The contract extension, for 29 months, comes after Fujitsu won a five-year deal worth £25m in 2013. That contract included an option to extend for two years, which Libraries NI took in 2018, taking the total value to £33.6m. The contract expires at the end of April this year.

The authority has now decided to issue a "voluntary ex ante transparency notice," according to public procurement law lingo, to say that a new extension worth £12m will now go to Fujitsu.

It can only do so if "services or supplies by the original contractor that have become necessary and were not included in the original procurement" according to the OJEU notice.

The notice goes on to say that Libraries NI could not open the work to competing bids because of the "complex transitional requirements and need to ensure continued system delivery which is vital to LNI's functionality."

"A procurement for a replacement contract was expected before the expiry, however, this has not proved possible," it added.

The contract renewal notice states Fujitsu "designed the ICT infrastructure and developed it to integrate the full portfolio of local, data-centre and all line of business services for 1,300 public access computers and 800 corporate users on a 24/7/365 basis. The software licencing (sic) is tied into the current agreement and will take considerable time to replace whilst sustaining system functionality."

Procuring an interim system and moving some services to Enterprise Shared Services, run by the Northern Ireland government, "isn’t possible as the system and licences are not readily interchangeable or interoperable. Any attempt to transfer systems without an adequate transition period poses an unjustifiable risk of business disruption and total network failure," the notice read.

It also added that alternative suppliers would find it difficult to create the infrastructure necessary to support the contract and perform due diligence before the contract starts.

However, the libraries' Business Support Committee began considering a "Strategic Outline Case" for a new contract during the 2017/2018 financial year, according to Libraries NI Annual Report and Accounts for the year (PDF).

Its 2018/2019 annual report (PDF) stated: "Further work was carried out in 2018/19 to deliver replacement arrangements for the current e2 managed service contract. The replacement project (the 'e3 Project') is planned to deliver Information Systems to Libraries NI in the medium to long term."

Last year, Libraries NI published a plan for 2019/2020 which said it would seek approval for an outline business case and commence procurement for an alternative contract by 30 June 2019. It said it would review and ensure appropriate project governance structures and resources are in place to deliver the new project.

The Northern Irish book repository has so far declined an invitation to comment on why it was not prepared for the new procurement despite having two years notice.

Hempsons, a law firm, notes that extending public sector contract is possible under Regulation 72 of the Public Contracts Regulations 2015. But in doing so, the authority "will need to publish a notice that it has done so in the Official Journal of the European Union, which will bring (potentially unwelcome) scrutiny to its decision to vary the contract without tendering."

Fujitsu was initially contracted to replace and manage the entire ICT infrastructure in every public library across Northern Ireland, improving IT speeds, providing Wi-Fi access and creating an effective platform for modern "virtual library" services. It went on to RFID-tag the entirety of NI libraries' inventory as well as introducing RFID kiosks. ®

Fears for vulnerable amid mass migration to online services

Privilege escalation is baked in to mobile OSes, if you look for it