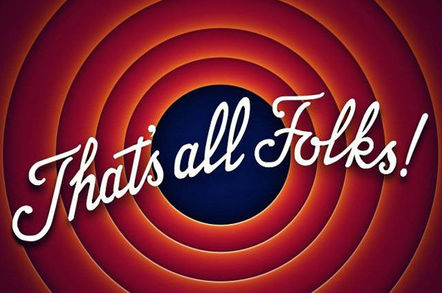 Autonomy Trial After 93 days in the courtroom, the $5bn Autonomy Trial has reached its end, with Mike Lynch's lawyers urging the judge to dismiss all of HPE's claims against the British software firm's former CEO.

Ending with a drawn-out whimper rather than a big bang, the Autonomy trial was brought over claims by Hewlett Packard Enterprise (HPE) that it had bought British software company Autonomy in 2011 for $11bn under false pretences.

In 2011, HP bought Autonomy, a maker of software to keep track of unstructured data, founded by Mike Lynch in the UK – for $11bn.

Over in the States, prosecutors are pursuing a separate criminal fraud case against Lynch and Autonomy bean-counter Stephen Chamberlain. All three men deny any wrongdoing. Full coverage can be found here.

In essence HPE said that Lynch and his former CFO, Sushovan Hussain, had fiddled Autonomy's accounts by over-inflating revenues and disguising hardware sales while presenting the business as a "pure-play" software concern.

They say that you had buyer's remorse and Hewlett-Packard, in the light of that remorse, scratched around for reasons to justify its rather immediate writing-off of a large part of the purchase price.

HPE alleged that Lynch and Hussain had "artificially inflated and accelerated Autonomy's reported revenues" while cooking the books to falsely minimise its business costs, as well as overstating Autonomy's "gross and net profits."

Among the tactics Autonomy is alleged to have used were funnelling cash around its favoured resellers to bulk out reported revenues; and inventing reciprocal deals so Autonomy paid for goods and services only to have that money paid straight back in a kind of cash merry-go-round. HPE also claims that Autonomy's sales of licences for its IDOL product to OEMs (original equipment manufacturers) included a number of sales that allegedly weren't to OEMs at all, thus making Autonomy's OEM sales accounting false and misleading.

In law, HPE makes its claims against Lynch and Hussain under schedule 10A of the Financial Services and Markets Act 2000*, section 2(1) of the Misrepresentation Act 1967 and for direct financial losses suffered by two Autonomy subsidiaries, allegedly as a result of Lynch and Hussain’s actions.

It says that Lynch and Hussain breached their "fiduciary duties and contractual duties owed… as employees" of HPE and its Autonomy subsidiary. HPE valued the claim at £3.3bn: this was equivalent to $5.1bn in 2015 when the case was first filed but is now $4.3bn at today's exchange rates.

It was all above board, guv

Lynch and Hussain adopted mostly similar defences. The key plank of Lynch's defence is that Autonomy auditors Deloitte signed off everything he and his company did in accounting terms, meaning that it was all above board. Hussain broadly says the same thing.

When it bought Autonomy in August 2011, HP** did not wait for audit firm KPMG to deliver a final due diligence report before going ahead with the buyout. Lynch's argument is that it was obvious HP would have full access to Autonomy's financial data after the buyout. The inference he wants the High Court to draw is that evidence of fraud would have been immediately at HP's fingertips once the buyout was done, making it less likely to have been committed in the first place.

After the buyout Autonomy continued its sales and accounting practices just as it did under his ownership, alleges Lynch, and in his view this means they could not have been deliberately deceptive because HP managers should have noticed if they were.

What really happened, according to Lynch, was HP badly mismanaged Autonomy after the buyout and used Autonomy as a financial scapegoat to publicly blame for its falling share price. In its desperation to stave off public criticism, claims Lynch, HP sued him and Hussain to save its management's blushes.

As for Hussain, he has said comparatively little to this trial because he is saving his legal big guns for the US criminal proceedings against him. Having been found guilty in America, Hussain is mounting an appeal.

At the end of the 94-day long court hearing, Mr Justice Hildyard said:

Well, this is a rather curious moment. It has been a very long haul. Each of you [lead barristers Laurence Rabinowitz QC for HPE, Robert Miles QC for Lynch and Paul Casey for Hussain] has put in a Herculean effort with your teams and I am extremely grateful for it. I couldn’t have been better served by either side, any of the sides. I am very grateful indeed.

Rounding off proceedings at 5.08pm on 15 January 2020, the judge concluded: "It may not surprise you that I shall reserve my judgment."

The Register expects judgment will be handed down by May, though nothing is ever certain until it's made public. Although the trial has ended, our coverage will continue with in-depth reporting of the expert accounting witnesses' reports and their live testimony from earlier in the case. ®

* Pronounced "fizzma" by the cool kids.

** Hewlett Packard Inc was what the company was called in 2011. In 2015 HP split in half, becoming Hewlett Packard Enterprise (HPE) and HP Inc (HPI, flogging printers and PCs). HPE continued with the Autonomy Trial litigation.

*** During the five years since HP first filed the Autonomy Trial claim its value has shrunk by a billion dollars. The original claim form valued the case at £3.3bn which, at the time, was $5.1bn. Currency market movements since, however, mean that sterling sum is now worth a not-very-trifling $4.3bn.