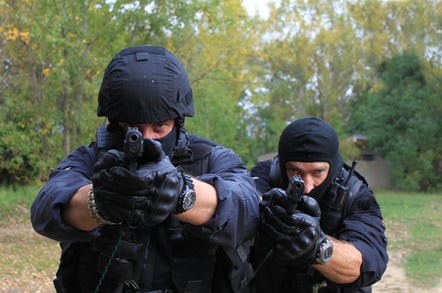 Britain's cyber-plod have warned people not to use Windows 7 machines for online banking, nor emails, nor any other services that contain sensitive information – which rules out pretty much everything except reading The Register.

Support for the Microsoft operating system officially ends on Tuesday January 14, give or take some caveats, and GCHQ's National Cyber Security Centre (NCSC) wants people to know that that means the likelihood of being compromised is going to jump, now regular security updates are ending.

"The NCSC would encourage people to upgrade devices currently running Windows 7, allowing them to continue receiving software updates which help protect their devices," a spokesman told the British media this week.

"We would urge those using the software after the deadline to replace unsupported devices as soon as possible, to move sensitive data to a supported device, and not to use them for tasks like accessing bank and other sensitive accounts. They should also consider accessing email from a different device."

Unfortunately, the free upgrade from Windows 7 to Windows 10 officially ended in July 2016, so if you are still running Windows 7, you’ve got three options:

If none of them appeal, here are three more:

It’s been 10 years since Windows 7 appeared and replaced the almost-universally panned Windows Vista. At the time, we described it as “a good effort from the Windows 7 team, though its task was easier than that facing the Windows Vista crew. Windows 7 is a refinement of Windows Vista, whereas Vista was meant to be revolutionary.” Reader verdict was the same, summarized as: “Much better than Vista, and the best Windows yet.”

Unfortunately as a result, people are stubbornly sticking with it: a worrying 33 per cent of Windows users are still using it, according to NetMarketShare. Which is why hackers and other miscreants are going to be all over the OS from tomorrow: if they can find a hole (or if they have already found one and are keeping it under wraps), and know it won't be generally fixed by Microsoft on subsequent Patch Tuesdays, they'll be quids in.

In short, upgrade. Yes, it’s a pain but so is being screwed over by strangers on the internet. ®

Not secure enough for UK.gov use either