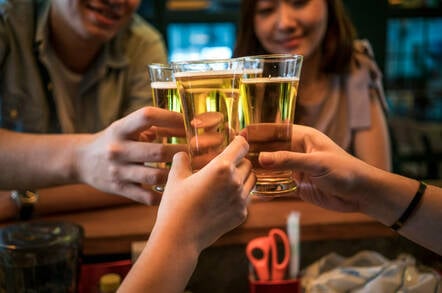 Businesses upgrading to Windows 10 forced global PC sales into the black for the first time in seven years in 2019, but it could have been so much better if Intel's chip drought had eased.

Preliminary findings from Gartner pegged shipments at 261.23 million, up 0.6 per cent year-on-year, and rival analyst IDC reckons 266.69 million found their way on the shelves of distributors and resellers, itself up 2.7 per cent.

"This past year was a wild one in the PC world, which resulted in impressive market growth that ultimately ended seven consecutive years of market contraction," said IDC program veep Ryan Reith.

He said that despite emerging form factors and demand for mobile computing, the bounce was a "clear sign PC demand is still there." Shipments in three of the four quarters last year were up, IDC added.

Both research houses concurred that businesses fleeing Windows 7 - which is out of support from today - was the main driver. Mikako Kitagawa, senior principal analyst, described it as "vibrant business demand."

"Contrasted against the ongoing weakness in consumer PC demand, business PC demand has led to unit growth in five of the last seven quarter," she added.

"The ongoing Intel CPU shortage, which began mid-last year, became a major issue again on PC delivery to enterprise customers by the top three vendors. Without this shortage, shipments would have grown faster than the reported results."

Reith at IDC agreed, but said the adoption of AMD CPUs had eased PC assembly constraints.

Again, the top three biggest sellers of PCs - Lenovo, HP and Dell - managed to suck up chip availability, though they are still behind the hyperscalers in the priority queue, as Intel supplies the likes of Google and AWS first with higher margin server-grade Xeon CPUs.

The trio all grew faster than the market average and accounted for 63.1 per cent of all desktop, notebooks and ultra mobiles shipped in the year, flogging more than 45 million units between them, according to Gartner. IDC's figure was in the same ball park (see table below).

The also-rans - Apple, Acer and Asus - all declined in the year, both analysts agreed.

Jitesh Ubrani, research manager at IDC, sounded a note of caution before the PC vendors get carried away on a way of growth.

"Despite the positivity surrounding 2019, the next 12 to 18 months will be challenging for traditional PCs, as the majority of Windows 10 upgrades will be in the rearview mirror and lingering concerns around component shortages and trade negotiations get ironed out."

Gartner's Kitagawa reckons things won't be great for the consumer segment either, predicting "continuous decline in the consumer market over the next five years." She said foldables, like Lenovo's efforts due out this summer, will be one innovation that is key to carving a more sustainable future for PC vendors.

So, 2019 - as evidenced by numbers from Lenovo, Dell and HP - proved to be a relatively decent year for the big three. It is still worth noting, though, that the last time annual PC sales jumped globally was in 2011, and during that year some 352.8 million units were shipped - meaning the market was 25 per cent bigger than it was last year. ®