Purchase funded by debt, includes another ex-ICANNer, will be done through four different companies. All perfectly normal 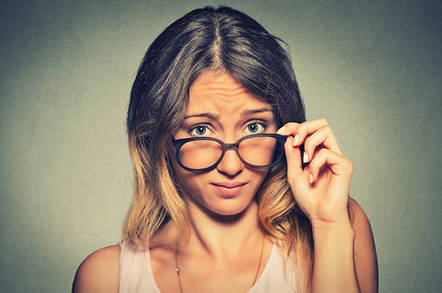 Analysis DNS overlord ICANN has finally released additional details over the proposed sale of the .org internet registry to a private equity firm – details that raise more questions than answers.

Key among these peculiarities is that they don't name who will end up in charge of the billion-dollar entity that oversee 10 million .org internet addresses, including many of the world’s largest non-profits and charities.

Incredibly, the names of three directors of the organization that will buy the registry remain redacted in documents published by ICANN [PDF] this month, despite the three entities pushing the sale – PIR, ISOC and Ethos Capital – claiming that publication of the information is “unprecedented” and they are “strong believers in the power of transparency.”

The rationale given for the removal of director names is that it was based “on the principles set forth in ICANN’s Documentary Information Disclosure Policy (DIDP)” – a bizarre claim that has nothing to do with the issues at hand and which ICANN has refused to discuss.

The few details that have emerged are a further cause of concern. The $1.135bn purchase is 32 per cent funded by debt; $360m has been raised from unnamed US financial institutions. PIR – the operator of the registry – “has sufficient operational cash flow to service the loan,” the documents claims, noting it is half what PIR has paid to ISOC each year. In other words, debt repayments will be approximately $15m a year, which points to 30-year loans.

The actual sale itself will not be a straightforward purchase either, raising questions over who is getting paid what and how during the process. According to the documents, the Internet Society – which is currently the sole owner of PIR, the registry operator – has already created a new entity that acts as a mirror entity to PIR and is called Connected Giving Foundation (CGF).

CGF “is expected to be a Section 501(c)(3) public charity,” the documents says – although it is worth noting that the process to become a 501c3 organization typically takes several months and sometimes up to a year.

CGF will then become a “member” of PIR at the same time that PIR moves from a non-profit to a for-profit organization. ISOC will stop being a member of PIR, and then CGF will sell its “membership” to another new entity that hasn’t been mentioned previously by any of the organizations in the proposed sale – a company called Purpose Domains Direct, LLC.

While the whole process is seemingly designed to enable ISOC to receive the $1.135bn as a tax-free contribution, it had been presumed up to this point that Ethos Capital – which has always put itself forward as the purchaser – would end up with ownership of .org.

Now it appears that Ethos Capital is more than just a front for former ICANN CEO Fadi Chehade but a front of a front, with Purpose Domains Direct (PDD) left in overall charge. It is the names of PDD directors that have been redacted in the documents, which that redaction implicitly approved by ICANN.

Adding to the sense that the entire transaction resulted from insider knowledge and careful manipulation, the documents reveals that yet another former ICANN executive – its former head of compliance – is also involved in the deal.

Asked by ICANN to name any “former directors, officers or employees of ICANN that are or have been involved in, have advised on or otherwise have an interest in the transaction,” the documents list former ICANN CEO Fadi Chehade, his former executive assistant Nora Abusitta-Ouri – who is listed as being the “chief purpose officer” of Ethos Capital – and Allen Grogan, who was hired by Chehade in 2014 and reported directly to him. Grogan’s involvement in the deal has previously gone unnoticed.

That’s not the only unusual connection. Suzanne Woolf has previously been a director of both ICANN and PIR. She was hired as a senior director at PIR by Joe Abley, when he became CTO of PIR, having left, you guessed, ICANN. What is less well known is that Woolf has also been a paid consultant to Donuts – a registry operator that was co-founded by current PIR CEO Jon Nevett.

Nevett left Donuts when it was bought by Abry Partners – a deal that was led by Fadi Chehade and Ethos Capital CEO Erik Brooks – and his CEO role was taken over by ICANN CTO, and old friend of Chehade’s, Akram Atallah.

The fact that the Internet Society and PIR were not only willing to move ahead with a sale but have actively supported and promoted it will be a further indicator to the internet community that both companies have been willing to abandon responsible stewardship of the registry in return for cash: the corporate shell game alone should have raised red flags.

There are also some concerning conclusions to be drawn from the documents and statements made in relation to them.

As we discussed in an earlier article, it looks as though ISOC purposefully positioned PIR for sale a year prior to the Ethos Capital offer. ISOC has repeatedly avoided saying whether it has been trying to sell the registry for some time, even though it has cautiously admitted that it has received prior offers. It has not explained why it pulled an additional $30m out of PIR in 2018, removing almost all of its assets.

In addition, ICANN claimed in its posting – which, unusually, took place on a Saturday – that it only received the information from PIR/ISOC/Ethos Capital on 10 January. But on January 8, PIR informed us that it has already sent the information.

While a two-day discrepancy may seem unimportant in the larger scheme of things, it is just one more sign that all the organizations in questions are coordinating with one another while failing to admit or acknowledge the extent of their communications.

The fact that so many former ICANN executives are involved in the sale makes the almost complete lack of transparency that much more concerning. With more than a billion dollars being moved around for a critical piece of internet infrastructure, anything less than full transparency should be viewed as suspicious. So far, the little transparency that has appeared has only made this deal looks worse. ®