It's your walkie-talkie Teams mate, over. 'You don't have to say Over, over'. Copy that. Stop making the static noise, over and out

Plus: Fresh Visual Studio for Mac, another Release Candidate for PowerShell 7 and New Edge nears GA 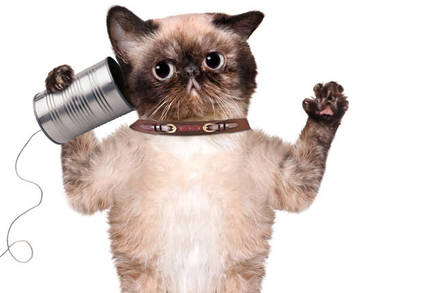 Roundup Welcome to the final round-up of the Microsoft news you might have missed before a cheery engineer pulls the plug on the Windows 7 freebie security fix machine for the last time.

Microsoft has long been keen to "empower" (aka trouser some subscriptions) from the "more than 2 billion" first line workers it reckons are out there and has wasted no time in tweaking Microsoft 365 to be more appealing to bosses.

The latest wheeze is to turn smartphones or tablets (either BYOD or those owned by a company) into walkie-talkies via a "push-to-talk" experience. Unlike traditional walkie-talkies, the Teams tech runs over Wi-Fi or cellular, meaning that geographical location is no bar to the tiresome trill of someone fancying a chat.

Microsoft also lays claim to improvements over analogue devices and their "unsecure networks" although the thought of Wi-Fi dependency and channelling communication through "the cloud" may make some admins a little queasy.

The functionality is due to hit preview in the first half of 2020 and will be joined by the likes of sign-in using one-time SMS codes (rather than having to remember usernames and passwords for enrolled users) and a one-click sign-out for workers on shared devices.

Visual Studio 2019 for Mac hits version 8.4 and brings .NET Core along for the ride

Modestly describing the emission as "the best release ever", the VS for Mac team flung out version 8.4 of the IDE, replete with full support for the long-term supported (LTS) version of .NET Core, 3.1.

ASP.NET Core scaffolding also features in the release (as it should, seeing as the boilerplate code generator took a bow during the preview period) as well as support for developing and publishing ASP.NET Core Blazor Server applications. Handy if C# is your thing rather than JavaScript, although there are plenty of other frameworks out there.

The update also makes things a little easier for developers to create NuGet package from a .NET Core library project with the imaginatively named pack function to spit out a .nupkg file in the output folder.

With an eye on rival Google's dominance in the retail search space, Microsoft is rolling out Bing for Commerce, first as a stand-alone product and soon as a part of Dynamics 365.

Currently available as a public preview for "large retailers", the aim is to put the second-placed search engine to work for a bit more than searches for "Chrome" and instead use Microsoft's AI smarts to give shoppers improved recommendations and a speedier way of getting to the desired product.

Those left a little queasy by ads showing products based on recent searches and retailers diving into "emerging shopping behaviour" will be reassured by "Microsoft’s dedicated approach to privacy and data compliance." Maybe.

PowerShell 7 – one more release candidate inbound ahead of GA

They thought it was all over, but Steve Lee, principal software engineer manager for the PowerShell team, took to Twitter as 2020 arrived to warn that no, there would be no General Availability in January for the open source shell due to the pull requests being merged following the first Release Candidate.

After triaging all the PRs merged since #PowerShell7 rc.1, we've decided the right thing to do is to have a rc.2 which is targeted for next week. GA is now expected in early February.

Wisely, the gang has stepped back and instead plans to issue a second Release Candidate this week, with GA occurring in February (assuming nothing too unpleasant is found.) The original RC arrived in mid-December and program manager Joey Aiello warned that should "significant issues arise" a second RC might be needed.

Clearly, those issues have indeed arisen.

The open source PowerShell 7 is shaping up to be an impressive release of the tool (for those that use the scripting language) with support for .NET Core 3.1, a Windows compatibility wrapper, and pipeline chain and ternary operators among the new toys to be found on the platform.

Celebrate the New Year with a new version of New Edge

With Chromium Edge / New Edge / Edge-that-people-might-use-this-time just around the corner, Microsoft dropped an update into the Dev Channel in the form of build 81.0.381.0, the first of the year and the first new build for the channel with an '81' at the start of it.

A tad more stable than that inflicted on the brave souls in the Canary Channel, the new build features the ability to paste multiple items into a Collection at once as well as additional policies for disabling web payment APIs and Microsoft Search for Business.

Microsoft also reckons it has fixed the Favourites synchronisation problems for Canary and Dev Channel users, and has slowly been turning the functionality back on "for most" users.

The Windows giant has also published a security baseline for version 79 of New Edge, ahead of the initial stable release to the wider world of the browser. ®