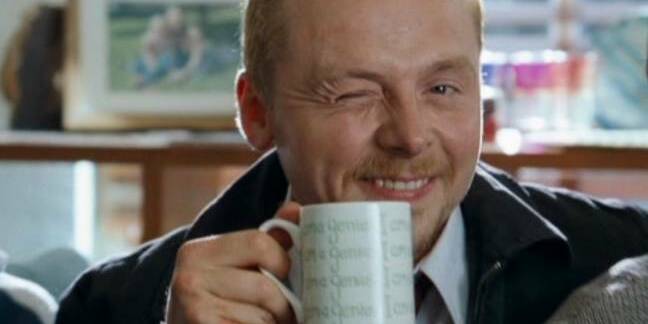 Tea lovers that chug three or more cups of the warm nectar per week are more likely to live longer than those that drink tea less often, or never touch the wonderful stuff.

“Habitual tea consumption is associated with lower risks of cardiovascular disease and all-cause death,” said Xinyan Wang, a researcher at the Chinese Academy of Medical Sciences and first author of the study published in the European Journal of Preventive Cardiology, this week.

Wang and a large team of scientists reached their conclusions after tracking 100,902 adults across 15 Chinese provinces for over seven years. Regular tea sippers, who drank at least three servings a week, experienced 1.41 years longer living without cardiovascular disease than those that drank less tea. They also had an increased life expectancy of 1.26 years - measured from the ripe middle age of 50 - compared to other folks in the study.

In essence, if you’re getting on a bit and you’ve been steadily nursing mugs of tea throughout your years then you’re less likely to contract heart disease and more likely to live longer than your non tea-drinking peers. Here are the numbers: Tea enthusiasts are at about 22 per cent lower risk of dying of heart disease or stroke and 15 per cent less likely to die from any other diseases at all. So, yes, put that kettle on now.

When the researchers conducted a smaller study with 14,081 people, who were also included in the initial cohort of participants - they found that the risks were lowered even more if people maintained their tea habit over longer periods of time.

After they monitored the health of those in the smaller group for about 8.2 years, those guzzling down tea frequently now had a 56 per cent decreased chance of contracting fatal heart disease or a stroke, and 29 per cent less risk of keeling over from other illnesses.

“The protective effects of tea were most pronounced among the consistent habitual tea drinking group,” said Dongfeng Gu, co-author of the paper and a researcher at the Chinese Academy of Medical Sciences.

“Mechanism studies have suggested that the main bioactive compounds in tea, namely polyphenols, are not stored in the body long-term. Thus, frequent tea intake over an extended period may be necessary for the cardioprotective effect.”

But here’s the catch: It’s green tea that you’ll have to drink in order to absorb the health benefits. Under half of the participants - 49 per cent - rated as habitual tea drinkers said they consumed green tea more frequently than any other types of tea. Only eight per cent of tea fanatics said they preferred black tea.

Green tea contains a higher content of polyphenols, a source of antioxidants that prevent high blood pressure and high levels of cholesterol. Black tea, however, is left to ferment longer and so loses polyphenols during the production process. Milk is also often included in black teas, which may override cardiovascular benefits.

Take the results of this study with a, erm, splash of salt, however, since the researchers said they didn't take other potential effects into account such as diet or exercise. ®

Eye see what you did, there, machine-learning boffins

Heart-stopping predictions from AI doctors could save lives

And yes, total abstinence isn't good for you

Turn off the TV. Now!

How to detect heart disease with a smartphone

Finger on the iPulse