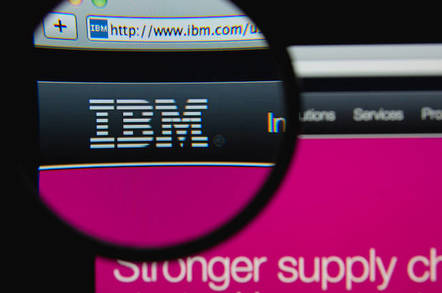 Analysis A judge's recommendation to reject IBM's bid to dismiss an age discrimination claim raises the likelihood that the case could go to trial – and puts pressure on the IT titan to settle.

In 2018, plaintiff Jonathan Langley sued IBM in the US, alleging that he had been unfairly laid off as a cloud salesperson at the age of 60 after 24 years at the company because of his age.

On December 20, 2019, Andrew Austin, the federal magistrate judge overseeing the procedural aspects of the Langley's case in Austin, Texas, summarized the status of the litigation with regard to IBM's motion to have the case dismissed.

Langley's lawsuit was filed several months after a joint report from ProPublica and Mother Jones, which claimed that IBM had embarked on a company-wide campaign to get rid of older workers, a project said to be called Operation Baccarat.

IBM has maintained that the case is without merit and that it has acted lawfully. And two months ago, after settling 281 age discrimination cases in the UK, Big Blue issued a statement rejecting the notion that age discrimination played a role in its UK dismissals.

Judge Austin's report [PDF], to US District Judge David Ezra, who would preside over the trial if it comes to that, recommends that the court deny IBM's motion for summary judgment. And it does so in such a way as to leave little doubt that IBM faces an uphill legal battle.

Wendy Musell, a partner at employment law firm Stewart & Musell, told The Register that the court does not have to accept the magistrate judge's recommendation, and said IBM may still object, but she also observed the report was "incredibly well-written and thought-out."

"It describes issues of material fact that the plaintiff could demonstrate age is the reason for his termination and not other legitimate reasons," she said.

If the court accepts those facts, it then falls for a jury to decide if the law was violated.

Musell said it's not unusual for a corporate defendant to seek summary judgement, noting that a judge may be more conservative in interpreting the facts than a jury.

In his report, Austin observes that IBM doesn't challenge three of the four criteria used to establish a prima facie case, one that establishes a sufficient basis for a favorable verdict if not rebutted by other evidence. IBM's sole defense is its claim that age was not a factor in its decision to dismiss Langley.

Yet Austin's report says not only that Langley presented evidence IBM took age into consideration, but also that IBM's own evidence contains inconsistencies undercutting its position.

It also notes that the "cat's paw" legal doctrine may come into play. "That theory allows a plaintiff to demonstrate discriminatory intent with evidence that the alleged decision maker – who may have acted without any age-based animus – was not the real decision maker, but instead was acting as the 'cat’s paw' for another person, who did have a discriminatory motive."

In other words, even if IBM can demonstrate that the specific manager who dismissed Langley didn't consider his age, the company could still be guilty of age discrimination if it can be demonstrated that the top brass had a grand plan to ax elders.

According to Austin's report, "the numerous public and internal statements of IBM’s CEO and CFO expressing the need for the company to 'refresh' its workforce" raises the question of whether Langley's supervisors were guided by that directive when telling subordinates to cut staff.

Given that the plaintiffs were granted access to internal emails from CEO Ginni Rometty and other executives, that question could be answered at trial.

"I believe IBM is at significant risk," said Musell.

If the plaintiffs can prove that upper-level decision makers at the company directed unlawful behavior, she said, the company could be subject to additional punitive damages beyond any damages for past and future wages that might be awarded following a favorable jury decision.

"Any competent attorney looking that has to be concerned about the chance of punitive damages if the company loses at trial," she said. ®