Should you believe the hype? Well, yes and no 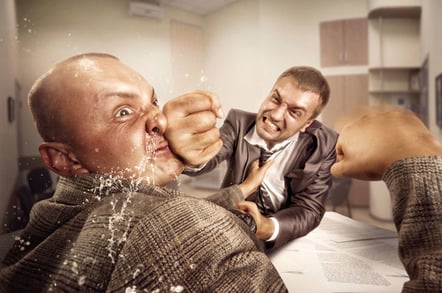 Column Just before Christmas, Google claimed quantum supremacy. The company had configured a quantum computer to produce results that would take conventional computers some 10,000 years to replicate - a landmark event.

Bollocks, said IBM - which also has big investments both in quantum computing and not letting Google get away with stuff. Using Summit, the world's largest conventional supercomputer at the Oak Ridge National Laboratories in Tennessee, IBM claimed it could do the same calculation in a smidge over two days.

As befits all things quantum, the truth is a bit of both. IBM's claim is fair enough - but it's right at the edge of Summit's capability and frankly a massive waste of its time. Google could, if it wished, tweak the quantum calculation to move it out of that range. And it might: the calculation was chosen precisely not because it was easy, but because it was hard. Harder is better.

Google's quantum CPU has 54 qubits, quantum bits that can stay in a state of being simultaneously one and zero. The active device itself is remarkably tiny, a silicon chip around a centimetre square, or four times the size of the Z80 die in your childhood ZX Spectrum. On top of the silicon, a nest of aluminium tickled by microwaves hosts the actual qubits. The aluminium becomes superconducting below around 100K, but the very coldest part of the circuit is just 15 millikelvins. At this temperature the qubits have low enough noise to survive long enough to be useful

By configuring the qubits in a circuit, setting up data and analysing the patterns that emerge when the superpositions are observed and thus collapse to either one or zero, Google can determine the probable correct outcome for the problem the circuit represents. 54 qubits, if represented in conventional computer terms, would need 254 bits of RAM to represent each step of the calculation, or two petabytes' worth. Manipulating this much data many times over gives the 10 millennia figure Google claims.

IBM, on the other hand, says that it has just enough disk space on Summit to store the complete calculation. However you do it, though, it's not very useful; the only application is in random number generation. That's a fun, important and curiously nuanced field, but you don't really need a refrigerator stuffed full of qubits to get there. You certainly don't need the 27,648 NVidia Tesla GPUs in Summit chewing through 16 megawatts of power.

What Google is actually doing is known in the trade as "pulling a Steve", from the marketing antics of the late Steve Jobs. In particular, his tour at NeXT Inc, the company he started in the late 1980s to annoy Apple and produce idiosyncratic workstations. Hugely expensive to make and even more so to buy, the NeXT systems were never in danger of achieving dominance - but you wouldn't know that from Jobs' pronouncements. He declared market supremacy at every opportunity, although in carefully crafted phrases that critics joked defined the market as "black cubic workstations running NeXTOS."

Much the same is true of Google's claim. The calculation is carefully crafted to do precisely the things that Google's quantum computer can do - the important thing isn't the result, but the journey. Perhaps the best analogy is with the Wright Brothers' first flight: of no practical use, but tremendous significance.

What happened to NeXT? It got out of hardware and concentrated on software, then Jobs sold it - and himself - to Apple, and folded in some of that software into MacOS development. Oh, and some cat called Berners-Lee built something called the World Wide Web on a Next Cube.

Nothing like this will happen with Google's technology. There's no new web waiting to be borne on the wings of supercooled qubits. Even some of the more plausible things, like quantum decryption of internet traffic, is a very long way from reality - and, once it happens, it's going to be relatively trivial to tweak conventional encryption to defeat it. But the raw demonstration, that a frozen lunchbox consuming virtually no power in its core can outperform a computer chewing through enough wattage to keep a small town going, is a powerful inducement for more work.

That's Google's big achievement. So many new and promising technologies have failed not because they could never live up to expectations but because they can’t survive infancy. Existing, established technology has all the advantages: it generates money, it has distribution channels, it has an army of experts behind it, and it can adjust to close down challengers before they get going. To take just one company - Intel has tried for decades to break out of the x86 CPU prison. New wireless standards, new memory technologies, new chip architectures, new display systems, new storage and security ideas - year after year, the company casts about for something new that'll make money. It never gets there.

Google's "quantum supremacy" isn't there either, but it has done enough to protect its infant prince in its superconducting crib. That's worth a bit of hype. ®