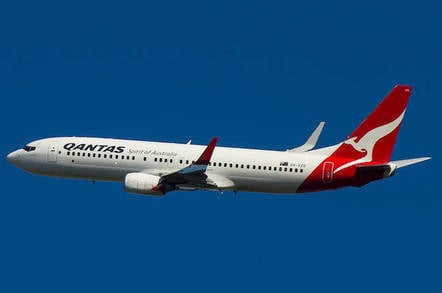 Boeing's 737 Next Generation airliners have been struck by a peculiar software flaw that blanks the airliners' cockpit screens if pilots dare attempt a westwards landing at specific airports.

Amid the various well-reported woes facing America's largest airframe maker, yet another one has emerged from the US Federal Aviation Administration; a bug that causes all pilots' display screens in the 737-NG airliner family to simply go blank.

That bug kicks in when airliner crews try to program the autopilot to follow what the FAA described as "a selected instrument approach to a specific runway".

Seven runways, of which five are in the US, and two in South America - in Colombia and Guyana respectively – trigger the bug. Instrument approach procedures guide pilots to safe landings in all weather conditions regardless of visibility.

"All six display units (DUs) blanked with a selected instrument approach to a runway with a 270-degree true heading, and all six DUs stayed blank until a different runway was selected," noted the FAA's airworthiness directive, summarising three incidents that occurred on scheduled 737 flights to Barrow, Alaska, in 2019. 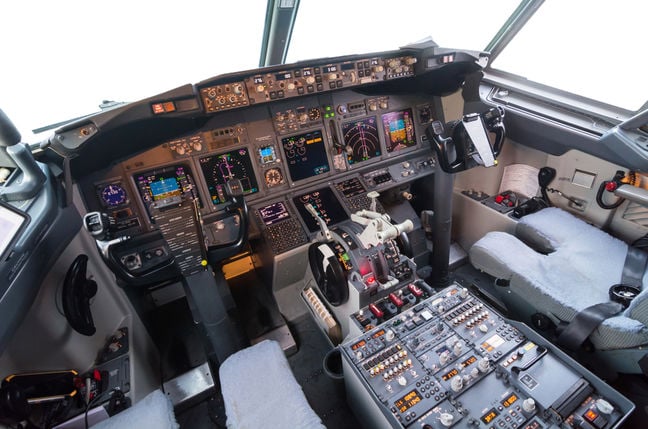 The DUs are the five main screens in front of the pilots plus the sixth in the lower middle position of the instrument panel. When they go offline, pilots rely on analogue backups

Although full technical details were not given in the airworthiness directive, the FAA said that the seven runways had "latitude and longitude values" that "triggered the blanking behaviour", suggesting some kind of memory interaction between onboard computers causing the screens to stop displaying any information until a different runway was selected in the flight plan.

FMCs hold the flight plan, thus navigating the aeroplane from waypoint to waypoint. DUs are the main screens displaying aircraft information to the pilots and are powered by two DEUs, each of which serves three of the DUs. The system arrangement is described in more detail on this website under the heading "NG Flight Instruments."

In the airworthiness directive the FAA said it had "confirmed that the faulty version of DEU software has already been removed from all airplanes conducting scheduled airline service into the affected airports" in the US. 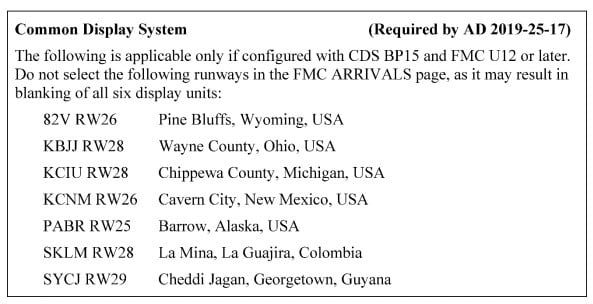 Runways where Boeing 737 Next Generation aircraft are not supposed to land. Source: US FAA

Commercial jet airliners are far from immune to software bugs. Infamously, Boeing's 787 Dreamliner needed power cycling every 248 days to prevent the aircraft's electronics from powering down in flight, while Airbus' A350 was struck by a similar bug requiring a power cycle every 149 hours to prevent avionics systems from partially or even totally failing to work.

Human error with electronics can also cause problems for commercial aviation: a typo in GPS co-ordinates left an Air Asia Airbus A330's navigational system thinking it was 11,000km away from its true position, while the captain of another airline's A330 found out the hard way that hot coffee and electronic hardware really do not mix.

Boeing has not responded to The Reg's request for comment.

Adding to Boeing's unfortunate media coverage today is the crash of a Ukraine International Airlines 737-800 in Iran early this morning. The airliner had taken off from Imam Khomeini airport near the capital of Tehran before coming down minutes after takeoff, reportedly killing all 176 people aboard. BBC Iran correspondent Ali Hashem obtained footage of a burning object in the sky crashing in a fireball. Although Iranian authorities were quick to issue a statement blaming the crash on an engine fire, a photo reportedly issued by a state-run Iranian news agency shows what appears to be shrapnel damage to pieces of wreckage.

Semi-official news agency Mehr News reported that the head of Iran's civil aviation authority, Ali Abedzadeh, said it was not clear to which country Iran would send the downed airliner's black boxes for analysis. International custom is for the manufacturer to analyse these boxes; in this case, US-based Boeing.