Plus: Top QC deplores courtroom use of 'Americanisms' 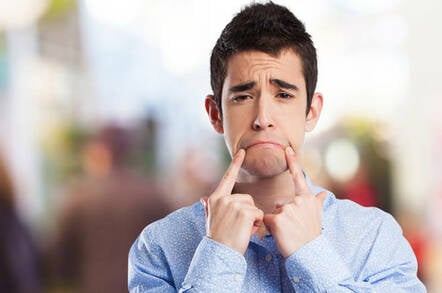 You can read more of The Register's extensive coverage of the trial here.

Snidely describing ex-HP CEO Meg Whitman as someone who "came from an e-commerce background" with "no experience running a software business", Miles galloped through his closing summary of the case in Lynch's favour.

Referring to HP's deployment of its so-called "Truth Squad" PR team, Miles said: "The claimants engaged in a press campaign blaming former management. They did so with a view to protecting Meg Whitman."

HPE did indeed issue public statements in 2012 that blamed Lynch and his former CFO and current co-defendant, Sushovan Hussain, for the $8.8bn Autonomy writedown.

Miles told the court: "Now what has happened is HP spent tens of millions of dollars, years, going through everything, every conceivable thing they could find in Autonomy's business. This very, very long trial is the result. The central claim is to do with accounting."

HPE, said Miles, referring to his courtroom opponents, "relied on two specific provisions of the IFRS" [International Financial Reporting Standards, accounting rules] in their case. These were the rules in force at the time of the Autonomy buyout in 2011. The first rule was IAS 18, dealing with revenue reporting.

In its written closing arguments, HPE said Autonomy's hardware sales should have been broken out separately from software sales in its accounts instead of being lumped together under "sale of goods".* Part of this argument rested on the notion that undeclared hardware sales made by Autonomy enjoyed "radically different profit margins" than those readily found in the accounts. Among other things, HPE claims Autonomy's accounts bundled hardware and software product sales together for certain product lines in order to inflate reported revenues.

Back in the courtroom Miles asserted, referring to the rule itself: "Each category of revenue has to be separately stated: sale of goods, rendering of services, interest. That's what the company did… It's a fallacy, then, to argue that within one of these categories, if there's no doubt that the revenue falls within it, there has to be a further breakdown of the revenues."

Secondly, Lynch's barrister addressed HPE's arguments on IFRS 8.32; the court's working copy as referred to during proceedings is here (PDF), at page 9.

Taking trial judge Mr Justice Hildyard through written legal submissions, Miles observed that "we refer to the accounts of some other companies" which also "sold some hardware" and "didn't consider it necessary to break out the revenues under IFRS 8.32," naming those three as "Vodafone, Sage and Logica".

The judge asked: "Do we know what the percentage volumes were?"

"No, because they didn't break it out," replied Miles.

Put another way, if others were doing it, surely it was alright for Autonomy to follow suit? The barrister had previously told the court that the two expert accounting witnesses had "disagreed" over IFRS 8.32. Miles summarised Lynch's favoured expert as having said: "If things were more nuanced and that if the sales of hardware were ancillary to the IDOL business, the IDOL product, there was no need for separate disclosure", adding that Deloitte backed up Autonomy's accounting decision here.

Lynch's closing arguments in the Autonomy Trial continue. The current phase of closing arguments concludes this week and much more reporting from The Register on the detailed legal arguments is in the pipeline. Judgment is expected in early May with a possible final sitting of the court in March. ®

* The Court of Appeal ruled last year that software is not a "good" for the purposes of a specific set of EU regulations. Though that case will not affect the Autonomy Trial, it may be of academic interest to readers who are enjoying this one.

** In further legal arguments yesterday, Miles, a Queen's Counsel and also attorney-general of the Duchy of Lancaster (HM the Queen holds the title of Duke of Lancaster), accused HPE's legal eagles of adopting an Americanism, in a tone suggesting he disapproved of this.

"The claimants," said Miles, addressing Mr Justice Hildyard, "say that you should treat this as a pretextual document, in other words it's not an honest document. We seem to have picked up that Americanism but they say it's pretextual."