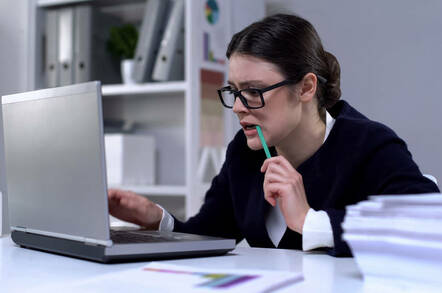 The British government has met its election pledge to review new off-payroll working rules for contractors in the UK private sector – though it largely appears to be a fruitless exercise as the roll-out date is seemingly immovable.

IR35 – as the controversial tax reform is called – will see financial liability for defining the employment status of a freelancer shift from the employee to employer upon its introduction on 6 April.

This means employers will be out of pocket if tax collector HMRC decides a contractor who does the same job as a full-time staffer must pay similar tax and National Insurance contributions, despite contractors not getting access to holiday, sick pay, and other benefits.

As such, a raft of companies including Barclays, RBS and GSK said they will no longer employ off-payroll workers, and according to recruiter Harvey Nash, 20 per cent of businesses are mulling similar action.

The review that kicked off on Tuesday will collate evidence from contractors and businesses to address concerns about how IR35 will be implemented, said the Rt Hon Jesse Norman, financial secretary to the Treasury.

“The purpose of this consultation is to make sure that the implementation of these changes in April is as smooth as possible.”

The review will include a series of government-hosted roundtables with those affected, including contractors groups and medium and large-sized businesses. And it will garner feedback from contractor in the public sector that have been dealing with the reforms since 2017.

The review – additionally comprised of HMRC-led webinars, workshops, one-to-one engagements and targeted communications – is to conclude by mid-February, leaving almost no time before the April 6 introduction.

Industry groups and recruiters have largely said that although a consultation might be worthy, the outcome isn’t likely to mean a postponement or cancellation of IR35 in the private sector.

Seb Malley, CEO at IR35 specialist consultant Qdos, said it was positive the government has committed to the review and that it will be done before the 6 April introduction date.

“However, while a review is a sign of progress it doesn’t mean the changes will be scrapped. HMRC itself has said this review is to make sure reform is implemented smoothly, suggesting the governmemt has every intention of rolling out needless change irrespective of any findings.”

Malley added: “Taking everything into consideration, our advice to contractors, agencies and private sector businesses is to assume changes will be enforced and prepare immediately.”

The Association of Independent Professionals and the Self-Employed (IPSE) said the review period was “disappointingly short” and expects no pause to the implementation either.

“Such a limited review would leave the freelance sector floundering,” said Andy Chamberlain, deputy director of policy at IPSE. “Right now, across the sector, contractors and freelancers are panicking at the prospect of these disastrous changes”.

“Major businesses, including most of the large banks, have already announced they will no longer engage contractors out of fear they will fall foul of the notoriously complex legislation”.

Similar sentiments were expressed by Julia Kermode, chief exec at The Freelancer & Contractor Services Association (FCSA) who described the review as “meaningless”, and said the government is “intent on bulldozing ahead with its plans anyway”.

“I fear that today’s pledge is simply the government paying lip-service to empty election promises and nothing short of an insult,” she added.

Folk over at the Association of Taxation Technicians called for IR35 to be delayed by a year. Jon Stride, co-chair of the ATT’s technical steering group, said:

“As the (UK) Budget will not take place until 11 March 2020, the subsequent Finance Bill containing the legislation for these rules will only be published a little over three weeks before they are due to take effect.”

“Contractors have been coming to us for advice on closing down their limited companies as a direct result of the IR35 changes, and I doubt this review will do anything to change their minds,” he said.

Usually a big critic of IR35, Dave Chaplin, CEO and founder of ContractorCalculator and director of the Stop The Off-Payroll Tax Campaign, said the review is evidence of the government listening to contractors.

“Let’s hope we now have a Chancellor who will not just listen but will react and will stoke the furnace of the self-employed sector, rather than his predecessor Philip Hammond, who through his reforms, has strangulated it.” ®