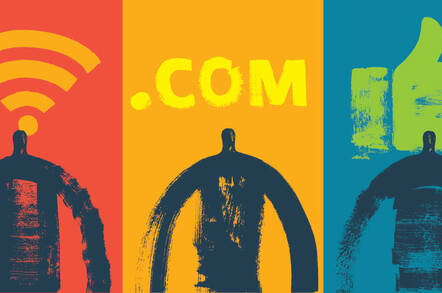 Comment Operator of the dot-com registry, Verisign, has decided to pay DNS overseer ICANN $4m a year for the next five years in order to “educate the wider ICANN community about security threats.”

Even though the generous $20m donation has nothing to do with ICANN signing off on an extension of the dot-com contract until 2024, the “binding letter of intent” [PDF] stating the exact amount of funding will be appended to the registry agreement that Verisign has with ICANN to run the dot-com registry.

That extension lifts a price freeze put in place several years ago and will allow Verisign to increase prices by seven per cent a year.

It’s an increase that we calculated was worth $993m and which the stock market appeared to agree with when it raised the company’s share price by 16 per cent when the agreement was first flagged in November 2018.

No doubt ICANN’s lawyers are concerned that extracting $20m to sign a piece of paper worth $1bn to its recipient could be viewed negatively, perhaps by the cynical as a sign that it is a corrupt organization that is using its control of a critical market to feather its own nest. But that’s clearly not the case because, as ICANN makes plain, it would have approved the agreement anyway.

“ICANN org is not a price regulator and will defer to the expertise of relevant competition authorities. As such, ICANN has long-deferred to the DOC and the United States Department of Justice (DOJ) for the regulation of pricing for .COM registry services,” the organization notes in a public comment period on the proposed agreement.

It was the US Department of Commerce’s National Telecommunications and Information Administration (NTIA) that announced it had extended Verisign's contract to run the ubiquitous internet registry until 2024 and had decided to lift a price freeze imposed by the Obama Administration.

It may seem like a strange game for Verisign, the US government and ICANN to be playing, especially when ICANN is nominally in charge of the DNS after the US government voluntarily stepped away from its role. But it is one that all three parties are happy to be stuck with: Verisign gets to use its contacts within the US government to negotiate a new contract, the US government is able to exert control over the most critical internet registry on the globe, and ICANN doesn’t have to deal with Verisign’s lawyers, who have persistently bent the organization to its will.

It will only take seconds for ICANN’s CEO to sign the contract but without that signature Verisign loses control of the most profitable piece of internet infrastructure in existence. So contributing an additional $20m to ICANN’s core mission - even when ICANN is swimming in cash - is worth it for peace of mind.

Besides, there is a long and happy history of Verisign being extremely generous to ICANN when it gets it way: like when it paid $135m through a proxy to the organization for control of .web.

ICANN explains the $20m this time will be used to “support ICANN's initiatives to preserve and enhance the security, stability and resiliency of the DNS, including root server system governance, mitigation of DNS security threats, promotion and/or facilitation of DNSSEC deployment, the mitigation of name collisions, and research into the operation of the DNS.”

Which is all entirely above board and not at all shady. Unlike the rationale used to justify pay rises for both staff and Board, which doesn't stand up to even cursory review.

Short version: ICANN's board justified its decision to double their annual compensation for being directors of a non-profit that brings in $100m in revenue by comparing themselves to for-profit companies that bring in between $500m and $1bn a year. The organization's massive executive salary rises are similarly justified by comparing the company to top-ranking law firms.

Besides, the new Verisign agreement is open to public comment and we have no doubt that if the internet community was opposed to its terms that ICANN would take those concerns seriously and make changes.

On the other hand...

In related news, last month ICANN rejected the notion that it has to take the internet community's views seriously when it comes to financial agreements around internet registries.

On December 12, it formally rejected an appeal against its decision to lift price caps on the .org registry even though 98 per cent of public comments were opposed to the cap-lifting. ICANN approved the controversial change - which was subsequently labelled a "sham" - without giving any rationale or explanation.

That approach is entirely consistent with its own bylaws, ICANN argued, because “it heard the community, it read the public comments (at the very least the comprehensive staff report summary), and in the end, it decided that the renewal terms for the legacy gTLDs (including .org) were acceptable."

The fact that the lifting of price caps led to the proposed sale of .org to a private equity firm for $1.13bn is not relevant, ICANN also argued, because “neither ICANN Staff or the board were aware of the transaction before entering into the .org Renewed RA.”

And that position is entirely consistent with the logic that says Verisign has decided to give ICANN $20m for no reason other than it thinks the security and stability of the internet is very important. ®