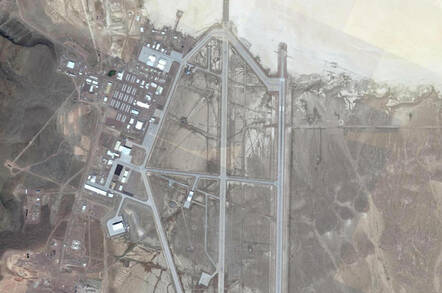 The decision, made by Uncle Sam's Bureau of Industry and Security (BIS), is effective today. Vendors shipping software subject to the controls – in that the applications help machine learning systems annotate satellite and other geospatial imagery in a particular way – will have to apply for a license to sell their products to customers outside of the US and Canada.

“Items warrant control for export because the items may provide a significant military or intelligence advantage to the United States or because foreign policy reasons justify control,” the BIS said.

The US military has spent countless taxpayers' dollars investing in AI technology to process photographic intelligence, and it doesn’t want to give countries such as China and Russia the opportunity to develop similar capabilities using American-built technology – particularly if this tech was funded by Uncle Sam.

This latest move doesn’t explicitly restrict the export of AI algorithms, we note. Instead, it covers collections of tools that process and label geospatial imagery so that the resulting data can be used to train deep convolutional neural networks (CNNs) to point out interesting features in spy satellite and drone snaps.

For example, to fall under the new rules, the software has to provide a graphical user interface that allows customers to label objects in geospatial images, such as vehicles and houses, in order to ultimately train a CNN to automatically highlight things like military bases and sensitive facilities in future photos.

The training software must also "reduce pixel variation by performing scale, color, and rotational normalization" to fall under these controls.

Companies hoping to sell such software to customers outside of the US and Canada will have to describe its technical capabilities in detail in an application to the Department of Commerce.

Other items also on the same export control list include equipment that produces tritium – a radioactive isotope, used, among other things, to boost nuclear fission weapons – plus any resin substances that prevent x-rays or terahertz microscopy imaging. ®