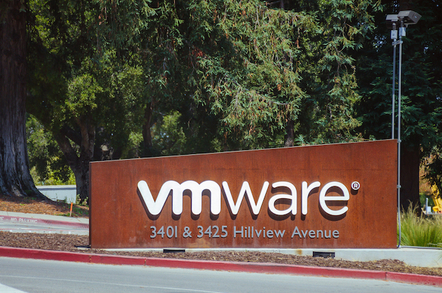 VMware has completed its acquisition of Pivotal, now part of its Modern Applications unit

VMware has completed its acquisition of Pivotal – or re-acquisition, since Pivotal was spun out from VMware in 2012 – and has appointed Ray O'Farrell as leader of its new Modern Applications Platform business unit.

O'Farrell is a VMware veteran who was CTO until August 2019, when the Pivotal acquisition was announced, and then became executive VP responsible for cloud-native applications, so absorbing the Pivotal team is a natural extension of his role.

The company has a tricky transition to pull off. It dominates enterprise virtualization and data centre software but its customers are increasingly putting workloads onto the public cloud. AWS, Microsoft and Google do not use VMware but have their own virtualization technology – unless you pay a premium to use a service like VMware Cloud on AWS. This has attractions for customers looking for seamless migration and reuse of their VMware skills, but the obvious threat to VMware is that customers will make increasing use of the cloud providers' services over those of VMware – particularly as their mindset changes from lift-and-shift to migration to cloud-native applications using microservices running in containers, rather than directly on virtual machines.

The big trend in cloud-native applications is to run them on Kubernetes (K8s), a container orchestration platform. O'Farrell's task will be to keep customers hooked on VMware technology even in a K8s world. Pivotal has been engaged in migrating its Pivotal Application Service to run on K8s, a painful but necessary process as explained to The Reg by its CEO, Rob Mee. The Pivotal approach is to run on K8s but to abstract its details, using Cloud Foundry technology.

There has also been plenty of K8s activity on the VMware side. Project Pacific extends vSphere, the VMware management application, to manage K8s infrastructure and applications as well as VMware virtual machines. Project Pacific is a technology preview but promises to "converge VMs and containers using the new vSphere native Pods... additionally, Project Pacific will deliver Kubernetes clusters as a service to developers."

In his own post, O'Farrell mentions two other 2019 acquisitions. Heptio brought skills and technology to deploy and manage K8s, while Bitnami offers a catalogue of packaged open-source server applications with automated deployment to K8s as well as other cloud platforms.

"The industry has made a choice, and that choice is that Kubernetes is the bridge between the infrastructure layer and the containerized applications running upon it," said O'Farrell.

Pivotal is also the home of Spring, the popular open-source Java application framework, though this is hardly mentioned in the recent announcements. Applications still have to be coded, whatever platform they run on, and Spring addresses that part of the process.

VMware's cloud application efforts are now being marketed under a new brand, VMware Tanzu. The word apparently means a tree branch in Swahili or (with one letter changed) a modular form of cabinetry in Japanese. So plant your containers on VMware trees or something like that.

The attraction of K8s for VMware is that it is not only an industry standard, but also notoriously difficult to operate, giving space for the company to insert its software as a piece that (all going well) will make it easier to manage at scale. "We're poised to be the leading enabler of Kubernetes," said VMware CEO Pat Gelsinger.

It may not be so easy. While the big three public cloud platforms (AWS, Microsoft Azure, Google Cloud platform) all have VMware partnerships, they are also engaged in the same task of simplifying the business of deploying and operating K8s, with Google having an additional advantage as the originator of the K8s technology. In addition, AWS CEO Andy Jassy recently stated with respect to K8s: "I don't believe in one tool to rule the world," hoping instead to keep customers on its AWS-specific container platform.

Despite these caveats, VMware's focus on K8s looks like a good bet for the company, with Pivotal's distinctive and developer-friendly approach being an important piece in its evolving application deployment platform. ®