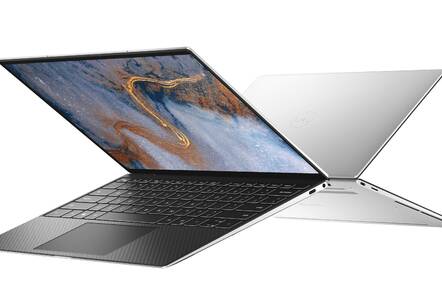 Dell is kicking off 2020 with a significant refresh of its XPS 13 laptops, including the Ubuntu-powered XPS 13 Developer Edition.

The XPS 13 9300 boasts Intel's 10th generation Core processors, ranging from the i3-1005G1 on the basic model, all the way to the quad-core i7-1065G7. It's worth noting that the pricier XPS 4K ships with Chipzilla's latest silicon. However, the standard 1080p lineup has languished on Intel's eighth-generation kit for some time. This update promises to give a welcome boost to performance, graphics and battery longevity.

Similarly, the entry-level storage has been raised from a paltry 128GB to 256GB, although the base model still comes with a somewhat stingy 4GB of RAM. God help you if you buy this and use the notoriously memory-hungry biz productivity app Slack.

Arguably, the most significant changes are found in the actual industrial design of the XPS 9300. Plenty of attention has been heaped on the display, raising the size of the panel from 13.3 inches to 13.4 inches. And while that sounds like a fairly modest increase, every extra centimetre of screen real estate is helpful, particularly when working on the hoof.

It also comes encased in Corning's Gorilla Glass 6, which is a step up from the previous model, which used the fifth generation of the notably hardy glass. This should protect it from the inevitable scuffs and prangs that life throws at you.

Dell managed to increase the actual size of the viewable display area while shrinking the bezels, giving the new XPS 13 a screen-to-body ratio of 91.5 per cent and an aspect ratio of 16:10.

This allows the XPS 13 9300 to occupy the same footprint as a standard 11.6-inch laptop. No doubt this will be welcome news to productivity-focused business travellers, who regularly have to contend with the ever-shrinking nature of airline seats. We're looking at you, British Airways.

Moving on, the XPS 13's keyboard has been slightly reworked to incorporate the fingerprint reader into the actual key layout, rather than have it floating to the side, or underneath. It now sits embedded in the power key, adjacent to the "delete" and "backspace" keys. This is a relatively minor design change, but it does look vastly better, which is important given that business laptops increasingly compete on aesthetics. 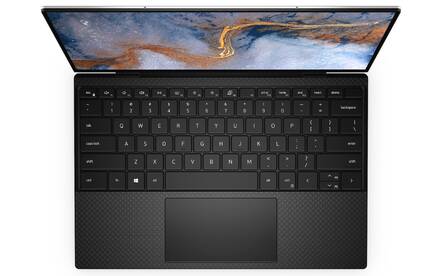 It's worth noting that the fingerprint reader doesn't work on the Ubuntu 18.04-powered Developer Edition. That's a bit of a major oversight, and it's not immediately clear if Dell has plans to remedy it in a future update (we've asked).

To allow for the smaller body, the keyboard on the XPS 13 9300 now stretches to the sides of the device, which Dell calls an "edge-to-edge" keyboard. That said, the keys themselves haven't been shrunk. Quite the opposite — they're 9 per cent bigger. Meanwhile, the touchpad has been stretched 17 per cent.

Like the latest XPS 4K (and, indeed, the Butterfly-less 16-inch MacBook Pro), it has 1mm of key travel. That's a bit shallower than I would like, but it's not a deal-breaker, nor is it particularly unusual for an ultrabook.

With this refresh, Dell (perhaps controversially) clings to Rivet Networks' Killer Wi-Fi cards, which have proven unpopular with users in the past over perceived reliability issues. This prompted many (including this reviewer) to replace them with reliable Intel cards.

The XPS 9300 uses the AX1650 chipset, which supports Wi-Fi 6. For what it's worth, reviews of the AX1650 have been relatively promising, so don't count it out just yet.

The Dell XPS 13 9300 will be unleashed on 7 January in the US, UK, France, Denmark and Sweden, with the rest of the world getting it at some unspecified point in February. It'll retail at $999.99 for the entry-level model.