We'll pay anything, anything - just don't turn that phone off 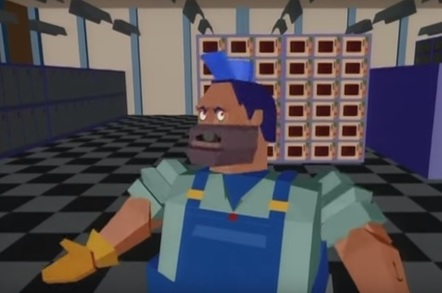 Y2K There's a reason why some in IT remember the days of Y2K fondly. To quote a lyric from an erstwhile pop combo of the 80s, it really could be "Money for Nothing" for a lucky few. Welcome to The Register's reader recollections of the era.

"Ed" - his name for the purposes of this tale - had joined the exodus from the permie world that was happening back in the day. "I was a contractor doing Sybase, VB, and general stuff like that," he recalled, "for a US-based investment company."

These, of course were the glory days of Microsoft's Visual Basic 5 and 6. 1997's VB5 had gone full 32-bit, could compile to native code (sort of) and create all manner of ActiveX mayhem. There was still, however, a hard core of VB4 installs (which could spit out 16-bit code) lingering around corporates. The likes of C# had yet to grace a Microsoft IDE and Java was rapidly gaining fans.

While we'll discreetly sweep the name of Ed's employer, er, customer (this was in the glory days before IR35) under the Y2K carpet of anonymity, a clue would be the fact that the outfit enjoyed a large office near Tonbridge in Kent

All round decent person that he was, Ed found himself spending the fateful night "at the offices of a (since-defunct) telecoms company near Holborn in London, where my girlfriend (now wife) was keeping an eye on the phone switches in their global network."

Ed, of course, "had not been required to do anything of the sort for my lot."

Contractor fees aside, Ed's employer had decided that "our system would be 'fine' and 'what could be wrong?', and the all-important 'if we have any problems, we can always phone Ed'." Naturally, calling Ed would be a pricey option since him even answering the phone would incur a minimum payment of two hours of his contractor rate.

Ed's girlfriend, on the other hand, had a guaranteed bonus due for her night's work and had designs on a new stereo.

As the pair headed home through London, wading through the aftermath of the celebrations, and lightly skipping over the inebriated or their effluent, the inevitable happened and Ed's Y2K hotline phone trilled:

Ed: "Hello, Ed here." Kent-based PFY: "One on't cross beams gone owt askew on treddle" "or something like that," recalled Ed. Ed: "That's not Y2K-related. Just re-run it." [pause, with typing in the background] PFY: "Ah! That's fixed it. Thanks."

The five second chat, remembered Ed wistfully, "netted me more than the poor GF had earned for staying up all night."